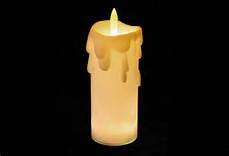 On this continued post which is connected to your last you have added about the way in which an aspirant should should be attitudinally aligned:

“The Lotus is a symbol of Shetaut Neter meaning turning towards the light of peace, truth and transcendental harmony. Just like the lotus that rises above the murky waters, we too rise above the world being in it but not of it. having a dispassionate connection with the world–transcending it. This is the type of attitude we should try to inculcate in ourselves as we become awakened to the mysteries of Shetaut Neter.”

I think the dispassion and detachment are important keys just for being qualified to study the teachings. This idea was expressed in the Teachings of The Temple of Aset where the term KHAK-AB was introduced as a qualification of entering the mysteries of Aset. Without dispassion and detachment any spiritual work will be tainted with the desire to be/remain dual and experiencing worldly experiences and thereby the spiritual work will be flawed by being inculcated with worldly notions so for example, the teaching all is divine means all humans are part of divine agency and therefore their egos are illusory. An ego tainted person would interpret that as saying “Oh I am part of God so I as an individual am an appendage and when I die I will continue to be an appendage with my ego intact and I will see all my family and friends and I may see god too because we are all separate entities.”

That is how the teaching can be distorted by a deviant mind afflicted with Set (egoism) bent on preserving ego instead of realizing enlightenment and such a spiritual aspirant is thwarting their own spiritual practice thereby. Real dispassion is accepting the illusoriness of life and working honestly and diligently to dispel the illusion, which includes realizing that one’s own ego personality is an illusion and a disease born of ignorance of the knowledge of self which is the aforesaid, knowing and realizing one’s true identity as one with the divine. Obviously, if we say we are one with the divine that cannot not mean “WE” are two separate entities being one” which makes no sense; but human beings have a capacity to hold truth and falsehood in the mind and then be able to act on the one that feels best or feels best and offers least danger of losing the self-identity that has been learned through socialization and lifetimes of ignorant egoistic living through varied personalities both male and female-over lifetimes.

The spiritual practice being acted on honestly and forthrightly leads to the inevitable dispelling of illusion and enlightenment IF the aspirant is dispassionate enough and bold (Heru) enough to pursue the teachings to their logical conclusion. Few have that capacity, which may take lifetimes to develop. Nevertheless, the work in any lifetime contributes to the enlightenment to be attained in a future lifetime if it is not accomplished in the present lifetime.