This room has been setup especially for students of the Teaching sof the Temple of Aset classroom.

A new Spiritual Music Video for Listening and Guided Meditation at the Temple of Aset. The following video is a 360 view of the Temple of Aset in Egypt Sanctuary (Holy of Holies) room set to the music of a devotional song prepared by Sebai MAA entitled “Akhu Aneteg Aset”. To obtain a copy of the song go here 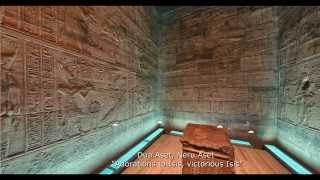 This song is a poem I wrote to goddess Isis. I consider her my chosen Deity for worship. It was a great pleasure for me since the goddess is my personal devotional path. In particular, the forms of Sekhmet and Aset are my favorites. This song is devoted to Aset, the goddess of wisdom, whose words of power resurrected Asar and also had the intensity to stop time and call the spirit down to earth to resurrect her son, Heru. If a spiritual aspirant learns the words of power of goddess Aset he or she will attain Nehast or resurrection (spiritual enlightenment). Instruments used: Vocal, Sistrum, Cymbals, Clapping, Chorus, Tar. The lyrics are:

(Homage to the mistress (Queen) of the land)

(Goddess great in words of power)

(Adorations to Isis, who resurrected Osiris)

(Adorations to Isis, mother of Horus)

(Adorations to Isis, Spiritual Preceptor of

This is the meditation Icon for this Temple teaching. It is based on the scriptures of the temple and composed as well as organized in a manner in keeping with the Ancient Egyptian tradition. It is to be treated as if you were coming upon a temple building and seeing it on a temple wall inscribed in stone. It is to be studied and looked at closely for long periods even before being instructed as to its deeper meanings.

To obtain a physical wall poster for your personal use go to the following link: Egyptian Yoga T-Shirts, Posters, Arts & Crafts Store 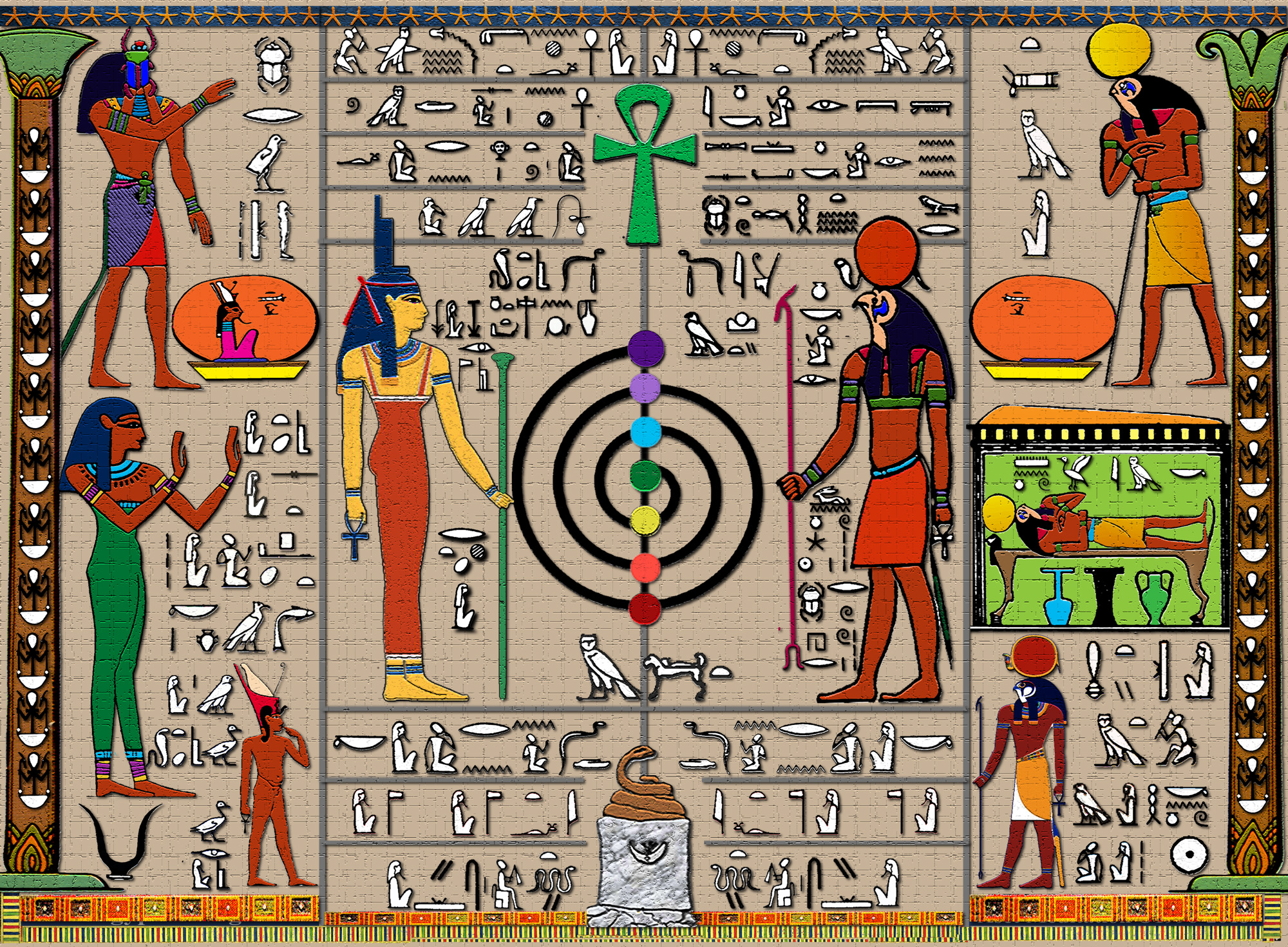