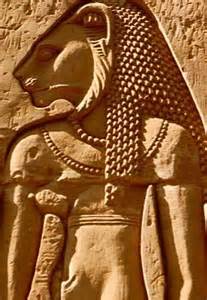 A couple of corrections and then some additional points

The battle between Heru and Set being protracted is an important point as this is the plight of all humans in that the struggle to overcome egoism takes lifetimes as long as the struggle is waged on the terms of the ego and in the realm of duality.

About Aset’s help to Heru; she actually harpooned Set and incapacitated him and what does the harpoon (spear) represent? Oneness

She felt compassion and released him and Heru became upset and cut off her head which Djehuty replaced with the signature cog head of the goddess. What does this mean about the emotionality that Aset demonstrated and the act of Heru cutting her head off and its replacement and the personality who carried out the replacement?

In the section of the takeaways you stated:

“2. What are the main takeaways from the Asarian Resurrection myth, the important teachings to remember? The main take ways and important teachings to remember are that our wisdom and intuitional faculty (Aset) should be developed to such a degree that we are able to be ever mindful and aware of the thoughts and acts of the ego aspects of our personality (Set), and not allowing them to rule over the personality,…”

This is a good mythic level of understanding. A deeper insight about this is that our intuitional capacity is not something to be “developed” but rather something to be revealed. In this context the next statement takes on a different light: “and at the time of the death of the physical body merge into divine essence of all(Asar)”

If intuition is something to be revealed and not developed what does that mean about the issue of merging into divine essence?