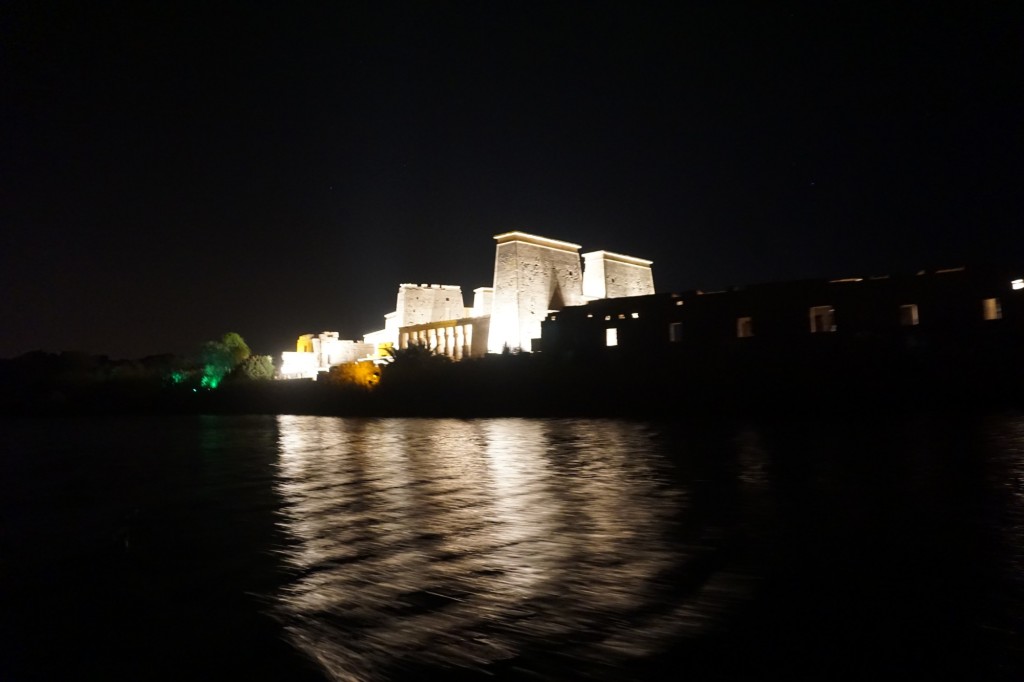 This was a very good summary with mythic and mystic insights of the teaching you received through this course. A major goal of this course was to impart more than a working knowledge of the myth and scriptural wisdom but also a capacity to allow that understanding to permeate the lifestyle in such a way as to engender a transformative effect in the personality. Along with that and complementarily to it is the necessity to competently practice the teaching presented that involves allowing the dispassionate feeling and the Serpent Power to be cultivated through the disciplines of the temple. Therefore, now it is time to continue with more confidence, as a confirmed inductee/initiate who has undergone some intensive training and continuing by practicing and leading others in the practice of the temple of Aset Wisdom.

This is a key teaching of the scripture: Khak-ab + Tffy Shpsy —–As to the antidote, in a metaphysical sense, the antidote as you have described it denotes an expression of a journey as if Aset is coming back from some place she was and as if that place she is coming back to –where she was before enlightenment- is a different place. This is the mythic level of interpretation and it is serviceable for those at the level of understanding that requires such. 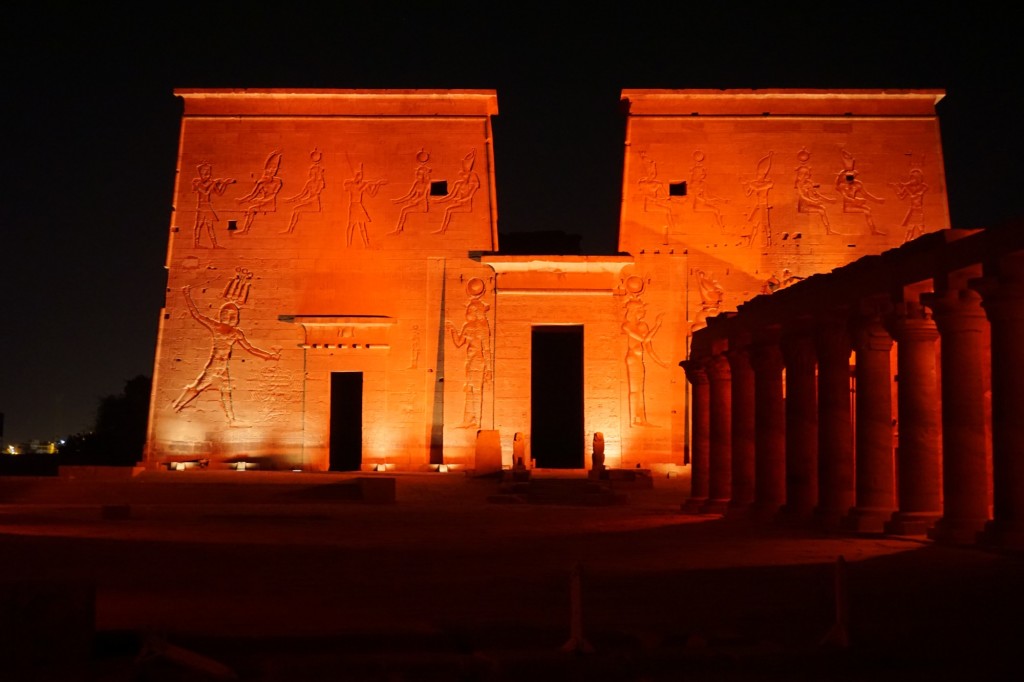 Once the intellect becomes sufficiently honed to begin to understand the transcendental aspects of the wisdom this is when Aset (intuitional) level of mind is switching on. In reality there are no different places and never were except in the unenlightened mind of Aset pre-enlightenment. After enlightenment the world of the past is recognized as none other than the world of the present and future as well as the illusory manifestation of Ra so there is no need for an antidote since all is recognized as illusory and there is no further need to struggle against Ra or oneself. Therefore, at that point there is nowhere else to go and nowhere to go back to or come from. Those references of the scripture that relate to sequences, before, after today tomorrow, later now, etc. are all devises for the mythic level of mind and are to be relaxed when exploring the mystic aspects. This theme is also explored in the new book study of the chapel of the same god Ra.

“After her enlightenment ( being able to go in to the anrutef an ‘lift’the name of Ra from his body) , Goddess Aset then made a pact with Ra on behalf of Heru, (the aspirant, her initiates) to be able to pass these teaches unto to him when he is ready for enlightenment. As ‘intuitional wisdom’ she knows there will be a time when Heru will lose his two eyes (the vision of truth) in his struggle with Set (the ego) so she asks Ra to enter into a life oath promising to restore his two eyes, for spirit to replace his vision with that of his higher self. I found this action of Goddess Aset very heartfelt as it exemplifies the true meaning of divine love, not sentimental attachment but a love that leads one to discover truth, one’s higher self, the very essence of ALL. She is indeed the mother of the universe.” 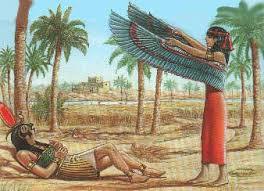 Indeed, this action of devotion by Aset, when taken at a mythic level implies a wondrous and sublime devotional aspect of the goddess that we do not usually focus on. Usually we speak of Aset’s devotion as the devotion of wisdom which directs mind towards an understood and attainable goal based on a higher truth, like a scientist in a laboratory, working for days applying the intellect to the goal of discovery. That goal is Ra and the truth is that the all-encompassing nature of Ra is in fact Creation itself. These understandings, if received deeply into a mature personality, alone should theoretically allow the personality to drop all else and direct itself to the only object that is worth pursuing in life. This turning towards a goal is actually a form of devotion wherein the personality devotes itself to something. It is not the usual time of devotion most people think of as with passion, emotion, outward expressions of exuberant feelings, etc. Yet that intellectual type of devotion (the scientist in the lab) does not happen often in the practical world as most people are caught up in the matrix of worldly Illusions they have created for themselves which includes accepting the idea that devotion is an emotional act. 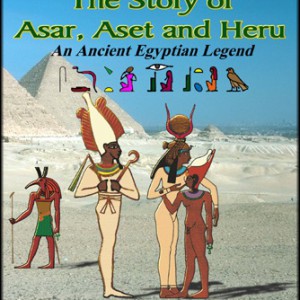 On the other hand, this act of devotion by Aset, when seen from a mythic psychological perspective, relates to very, apparently, human feelings that she has for her son who will redeem her husband, who she also cares for. So she has two important men in her life right. This kind of perspective is legitimate and has its glorious value especially to people who need to emotionally relate, at the level of romance, filial or friendly relating and energy exchanges in order approach and “feel” close to the teaching and thereby cleanse and cultivate the feeling aspect of the personality through the imagery, visualizations and ritual of Aset, her caring words and her lamentations and exaltations when Heru and Asar die and when they are triumphal in their revival. 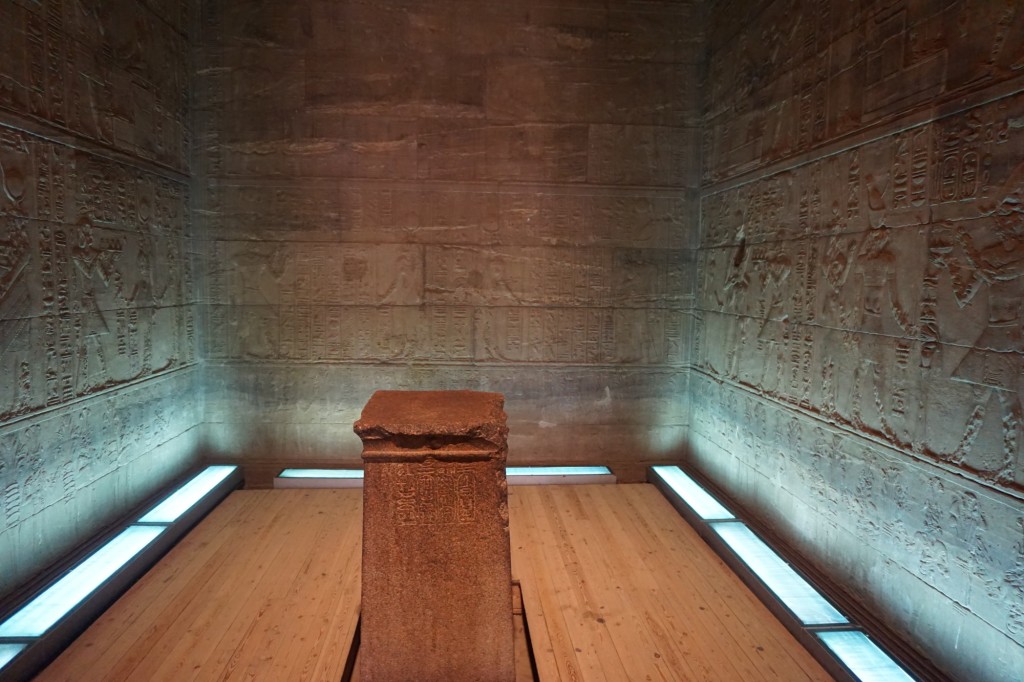 Hence, from a Mystic psychological perspective, Aset symbolizes intuitional mind, Heru is aspiration and redemption and Asar is the soul. Intuition seeks enlightenment so it can give it to the inspiration and redemptive thoughts and feelings of the mind. When aset lifts the name up it is a raising up of the absolute truth of conscious awareness from among the illusoriness of perceptual capacity, within the depths of mind that has been cleared from falsehoods and distractions. When intuition vanquishes the illusion of the Creator Spirit it is Set in the mind that it (intuition) is defeating so that the redemptive aspect of mind may see it clearly and thereby defeat it, and in so doing redeem the soul from its devastating delusion that has taken over it, for Set (the delusion) is none other than the shape and form of the soul’s illusory sight that has paralyzed its body. Intuition, deep in the personality, is the aspect that first achieves enlightenment but it cannot impart that directly to the personality due to the grip held by ego. So intuition must play along and sometimes trick the ego aspect and coax aspiration all the while caring for and directing all feeling to the soul. So, that deal that intuition made with the Creator Spirit was mythically explained as a deal but from the point of view of mysticism it was a done deal for intuition will be there to impart that wisdom whenever aspiration is ready since she already “lifted” it from Creator Spirit and she, intuition, is now Ra’s equal, the knower of Ra and thus she makes the deals as she is also Ra, etc, etc, etc! In other words, enlightenment is there already waiting, coaxing, urging the personality to do shedy to clear obstacles so that her, intuitions’, vail may be removed and thrown asunder! Therefore, it was up to intuition to gradually, over millennia, break down the illusion sufficiently so that in some lifetime, the redemptive thought, feeling and energy could be born in the personality and thus turn towards the redemptive teaching; such a personality is a person who, in any given lifetime, may take up the study and practice of the teaching of the temple of Ast! 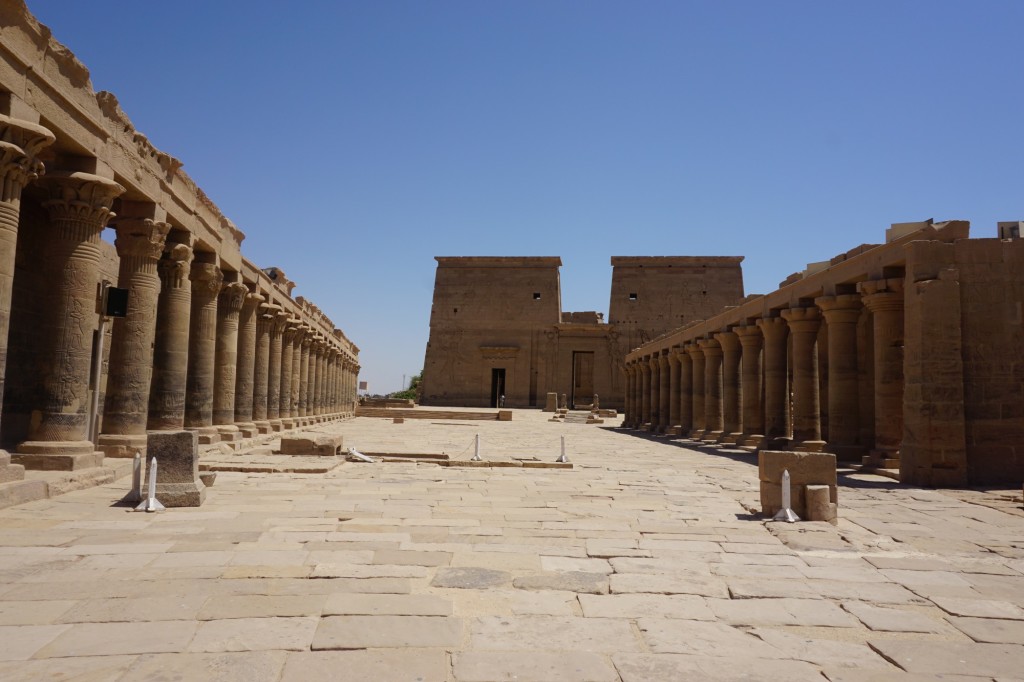 With the few adjustments above you should now be able to access your certificate and print it out.