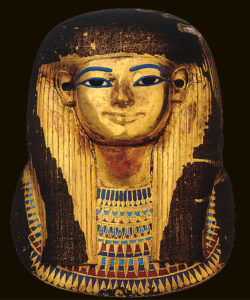 This was, as usual, a very comprehensive discourse on the teachings covered in this lesson.

The writing displays advancing erudition. Though there are some points that I would make additional comments on, I will focus on the most important and the rest you may consider as agreed from the perspective of its appropriateness.

“Essentially, living by Maat implies a life of Selfless service to humanity and the Universe in general. Selfless service means a service that does not expect anything in return for personal or individual gain; it is a service that promotes expansion of life instead of constraining it; it is a service that contributes to the evolution according to the divine plan in the current stage of consciousness. Everyone in life is born with a talent whether artistic, intellectual and so on. That is the starting point for selfless service. For example, if we have a brilliant intellect, we need to put it in service to the community, selflessly and with humility instead of using it egoistically; it is the expression of the divine within you in order to contribute to the great plan. If you have material wealth built honestly and instead of being greedy, it needs to be used to the service of humanity selflessly, to help others without expectation of personal return. Ultimately, the physical life that we experience which is the ultimate gift is to be used totally to the service of the universe, as a contribution to the Great Evolution plan doing then the ultimate sacrifice to Maat.”

The very first statement speaks of Maat as selfless service to humanity. I know you have understood the other dimension but I will reiterate here for the readers of your post and to emphasize, for everyone, the importance of it. The way it is written above it comes off as if the practice of Maat is exclusively to serve humanity, in other words, the submission of the personality to the service of humanity. Maat wisdom contains two fundamental admonitions, one indeed relates to selfless service, for that is important for promoting the sustainability of the community which in turn supports the individuals within the community and their worldly or spiritual practices. This aspect may be considered as a “secular” perspective. Maat also has a “non-secular_ perspective which is dedicated to doing actions that are righteous for the individual which means taking care of and providing for oneself in terms of sustenance of body, mind and soul. Therefore it is not correct to say that Maat is exclusively dedicated to service to humanity as it is equally interested in service to humanity and also service to the Self in order to promote physical righteousness that fosters health of body and mind that leads to the ultimate Maat (truth) which is discovery of the Supreme Divine as a personal and universal essence of one’s Spirit Being.

“From the perspective of the teaching, happiness is the feeling derived from expansion of life. The original life force vibrating to the lowest level manifests itself in infinity of forms, leading to consciousness of separation equivalent to contraction of life and inherently to that, the pursuit of happiness which is in fact, the need for life expansion born out of that contraction. In the search for expansion of life within the consciousness of separation, the spirit meets attractive forms and falsely believes the form is the source of happiness whereas in fact, it is attracted by itself concealed in that form.”

The Neterian definition of “happiness” is awet-ab or “expansion of heart(mind/awareness).” Therefore, it is not accurate to equate happiness with expansion of life since actually, what most people experience as “life” is awareness of existence to the extent allowed by the constricting contents of the “ab” (heart) which are the aryu (residues-impressions based on the sum-total effect of past thoughts, feelings from experiences through varied lifetimes). One can experience “life” with mind but one can also have life without mind or experiences in time and space. In Neterian philosophy, ankh or “life” relates to absolute existence and not just to fleeting and illusory time and space existence.

Thus the expansion, enjoined by Neterian philosophy, that is desired is not of life since experiences through mind can span many lives, imaginations, dreams, etc. The desirable outcome that produces happiness is therefore the expansion or removal of the constrictions in the mind that are caused by the aryu. If that is accomplished through virtuous living and spiritual insight that allows increasingly expansive meditative experiences beyond the level of awareness called “living” which implies notions of individuality, as well as actions in varied planes of time and space (all within the realm of that which is ephemeral and born of derivative sources that ultimately originate in the transcendental self but not recognized as such); if that kind of expansion were to occur, at first in small/short occurrences leading to extended occurrences leading to all-encompassing awareness of Self as unbound existence, then that would be the kind of expansion ultimately enjoined by the teachings that constitutes unalloyed, unlimited happiness which at that point is termed “bliss.”