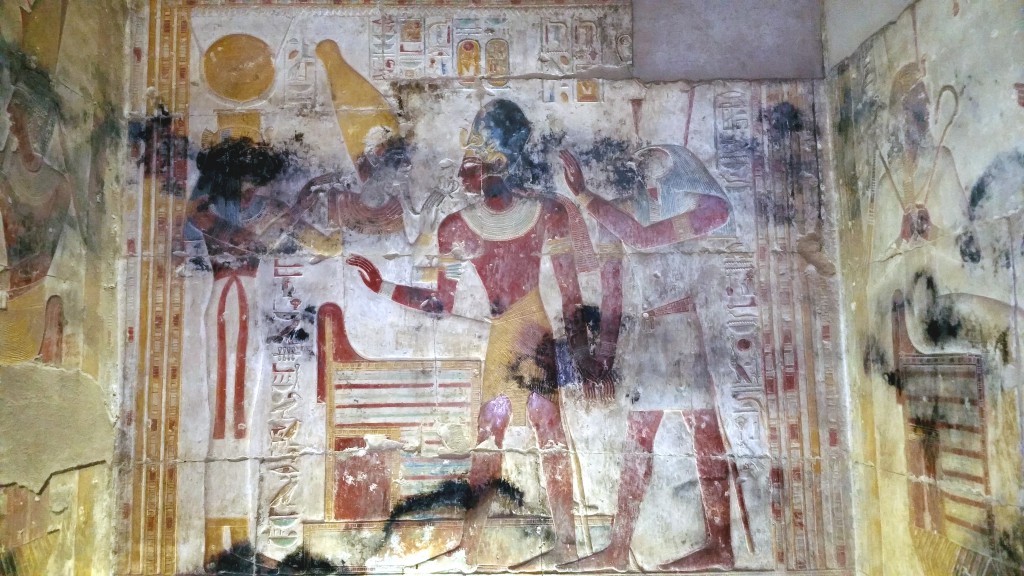 Udja
For this post I would preface the same way as for post #8654, a well-organized and thoughtful musing on the teachings with poetic framing.
I will comment on only a few sections to induce further inquiry and settlement of philosophical conclusions implied and spiritual pathways suggested.

ABOUT THE STATEMENT:
“AnRuTef stage:
the poisonous wisdom breaks down the illusion, destroys all confusion
enter with khak ab, set out to discover the nature of reality
a process of concentration will raise the serpent power  and harmonization of dual serpents into The One.”
FEEDBACK:
Some questions for reflection: If the poison (Khak-ab) is swallowed and induces convulsions of gagging and throwing up the world illusion but yet at the same time there is aryu of desire and attachment thereby causing re-eating the vomit; what is there to do when the poison is wanted and also the vomit is wanted? In other words, how did Aset get from desire to khkak-ab? What happens in-between and how to cope with the transition? The posting later says “The answers will be revealed as one continues to be real, and do the work of Lady Aset.” Question: what is “be real” in this context? If so then how does one apply them to “do the work of Lady Aset.” Do any of the other statements in the posting have anything to do with it? If so then what does it mean to practice them in “real life” If not then what do they relate in the posting?

“The expectation of absolute answers is unrealistic in time and space.
the answer will be revealed in the oneness.”

“Cannot save the world now, and attain Nehast later.
Nehast in every moment  or to your own self, you are a traitor.”

ABOUT THE STATEMENT:
“Chantress, serving the Divine through music, voice, song and cosmic sounds is not what I do, it is who and what I am, whether successful publically or not
Self Service, where sharing the sound is not the goal, value, success or worth.  it is only one way.”

FEEDBACK:
A well-meaning statement directed at understanding and concluding reflections for being seated in firmness and peace. For best seating and peace the best advanced understanding is most advantageous. Therefore, as the door was opened it beckons a philosophical discussion; consequently let’s parse, let’s dance, wiggle, like nemu-nemu, then lets an-nemu-nemu.
If “Chantress, serving the Divine through music, voice, song and cosmic sounds” —“is not what I do” but rather “who and what I am” then it would seem to mean that a person’s role and activities within those roles are identical with the innermost reality of the person? In the temple of Asar the gods and goddesses are the “innermost reality” of the “Royal Person”-it does not say anything about being a priest(ess) or servant of the community or etc., etc. as being the innermost “who and what I am”. Actually, in the final initiatic stop of the temple, the holy of holies of the Asar screen room, Aset refers to the innermost as ultimately and finally Asar and or akh as the innermost reality. Therefore, by Aset’s statement, can the who and the what of what I do be identical with the “who and what I am”???
In other words, can: “Chantress, serving the Divine through music, voice, song and cosmic sounds” be identical with akh?
If akh is Shining Spirit beyond time and space that can manifest through “Chantress, serving the Divine through music, voice, song and cosmic sounds” but “Chantress, serving the Divine through music, voice, song and cosmic sounds” are all activities and roles possible only in illusory time and space, is there compatibility between these two (“Chantress, serving the Divine through music, voice, song and cosmic sounds” and Akhu)?
If so then the statement in the posting is acceptable and no need for further reflections; then the who and the what are joined in an abiding reality that is identical with innermost essence, the transcendental Spirit.
If otherwise then what is the who and what is the what of the personality? Could one relate to the essence of being while the other to the temporary and therefore illusory manifestation of that essence in time and space? If such a dichotomy exists even while the mind disagrees, then is the mind right or the Temple, both or neither? If such reflections lead to confusion, what course would be needed to work towards resolving the issue and allow forward progress? If such confusions persist, then readings or speaking statements of philosophical teachings, possibly helpful disciplines are not the same as understanding and or saa (understanding with feeling), experiencing the teaching. Many can state the teachings, while not being able to experience them in fact, which confers peace, firm seating, contentment in the “who” one is essentially, beyond “whatever” role or activity occurs in time and space; thus the persons making statements of creed or philosophy ideas are operating on faith, weakened by strife, distracted by desires, weak will and thus are on unstable grounding, sometimes even trying to convince themselves while combatting deep seated contradictory feelings and desires or conflicts, issues and complexes that block understanding beyond intellectual affirmations.
What could such a person do, a person dealing with issues of spiritual aspiration, where the who and the what are alloyed and in conflict with the understanding about the essence of being and the process of life? What could such a person do, a person dealing with such issues of human identity, spiritual self-knowledge, and practical necessities in a world of ethical bankruptcy, egoistic cacophony and spiritual scarcity?
HTP