final entry on video fro 2-15 plus re-analysis of previous posts.

The Soul can be understood in one of two ways
1) as a Ray of Spirit
Individuated aspect of Spirit: occluded airyu
Sustaining Reality of Individuated Consciousness, Ariyu, caught in the matrix of time and space;
Direct Connection to the Divine: light in the ray is same as light in the Sun,  like spokes of a wheel
the example of a blue sky, Soul, covered with clouds, Ego, thinking that patches of blue, soul, is the Soul  Get rid of the clouds and only see Blue Sky, not patches of blue caused by appearance of clouds/ego/sense of separateon

2) Product of Ariyu, created by its existence, caused by appearance of individual consciousness, illusion based on accumulated thought no clouds causing you to not see the entire sky; sky can sustain reality of the existence of the soul. independent illusory existence; manifestation of movement sustained by spirit.   All there is, is Sky, and the Clouds are a Delusion, that have nothing to do with the existence of the Sky.

One Goal in Life: Just Be the Sky, all other things are part of the clouds. they come and go, they fade away. they evaporate when its hot, and when they cry, they cause rain.

Faith in the Illusion is possibly frustration due to inability to manifest teachings in a practical reality. If you can feel that you are away from Self, then you are closer than you think.

Does one really need money to sustain life? No, that is contained in the breath, and supplied by the Cosmic Mind. “No person, place, money or thing is the source of my supply. The Divine is all there is.” from the 40 Day Prosperity Plan. Why connect one’s existence with the airyu of another personality? The value, goal, success, compensation, etc is enlightenment. Everything else is either a distraction, or fuel or transportation  for the journey.

no longer wanting to be dependent on others airyu to create value and sustenance for own life
The Divine has sustained me so far, no thing or no one else.
Knowing this to be true, yet still seeking income and revenue generation  sounds like
insanity or profanity, and yet, it is the way of today’s humanity.

allow self to bloom and soon others will appear looking for the essential sound
they will want to be around.

Aset rapping to Ra about the situation. 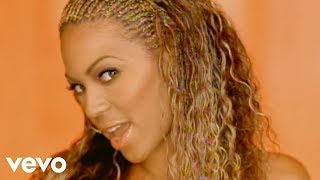 When you love something, you expand
Inner Blossoming
True request has no demand or desire
The Goal of Life is Nehast, This is the best Request.
Open Prayers Succeed Best
Let God’s Will Be Done and forget about the rest

UPDATE on Music Scene
Have let go of attachment and resentment towards the Reggae Movement/Community/Scene. It was/is all a delusion, well at first it was perhaps authentic. But now, it is a deception. No more attachment to the way things should be. No longer pointing out the hundreds of flies in the ital soup. Can now proceed to play that music for commercialism like the others, with no bad feelings in my heart. Spiritual Foundation has been elsewhere for decades anyway. Many aspects of the Reggae World not in alignment with my journey, this is one reason why things have been a struggle. No longer disappointed, merely disillusioned.

Also had a breakthrough involving a long held limiting belief. Letting go of feeling embarrassed when playing music for others. Or sharing wisdom. or anything really, letting go of being embarrassed by own gifts and skills. Nafu.

Seba Dja’s diagram reminds us, informs us, that the number one goal, the ONLY goal, is to be successful in one’s Spiritual Evolution. When taking care of Royal Business, the Worldly Business gets taken care of, or takes care of itself!

The Ego is the abcess causing a mess,
Seek and Experience Supreme Peace at the Abode of the Goddess

feed the Ka what endures instead of what leads to lies
and tries
to unseat you from your inner throne.