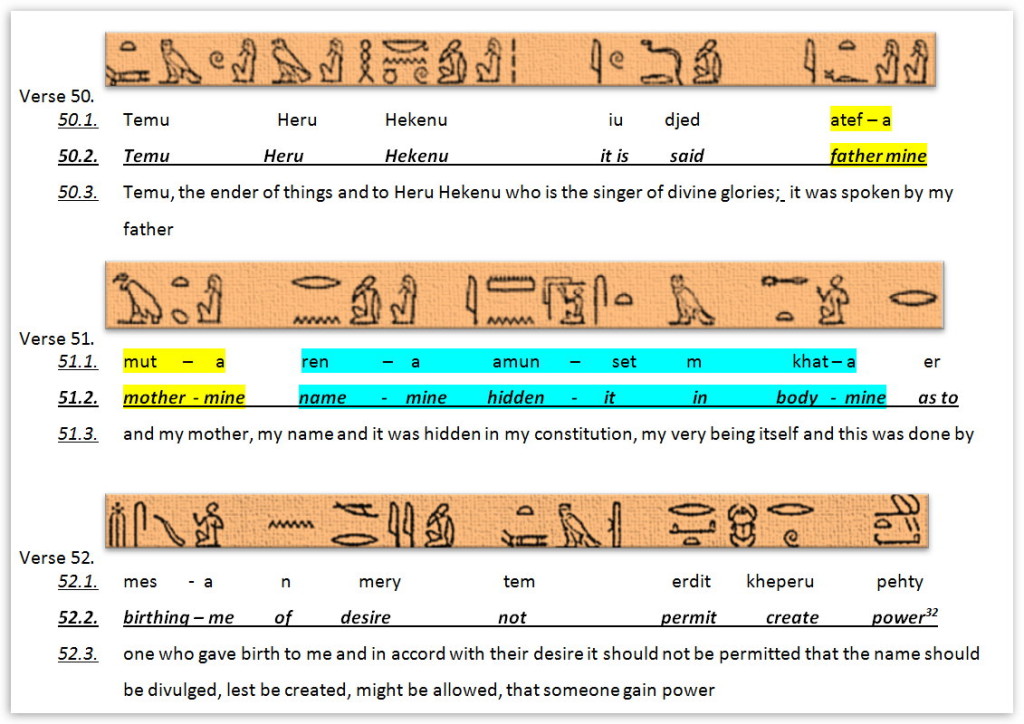 In verse 50-52 the scripture is talking about a divine hiding process whereby the essence of the Divine “Neter” has been embedded in Creation (i.e. the body of Ra) and hidden in such a way that it is not easily discernible by those who would gain access for nefarious reasons (such as the ignorant or malicious personalities-those that are not ethically conscious). This is explained as a “desire” or divine will of Neter. It is so hidden it cannot be spoken or written or perceived either with physical or mental capacities, senses, concepts etc. which are all time and space based capacities. Only it can know itself therefore to know it necessitates being one with it. This is also given by the scripture so that the aspirant reading may understand the nature (cosmogony) of Creation and thereby begin to fathom intellectually in the beginning, how nature can be illusory and why that illusoriness is not readily discernible and then how to reveal that essence.

The desire to come into being as a human or god or goddess in time and space stems from Kheman or ignorance about the higher nature, based on negative aryu (aryu focused on time and space and individuality and opaque mind with its attending desires founded in the belief that the world of time and space is real and not illusory. The practice of the disciplines of this chapter eradicate that ignorance and lead to the knowing of Ra’s parentage –which is the supreme goal.