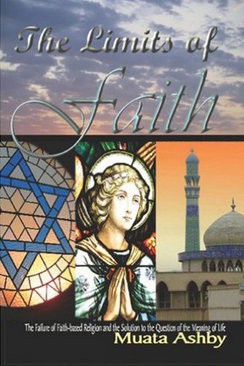 A book by Dr. Muata Ashby

A good listing of the subjects covered. I will expand on a few points and then go to your questions.

Not all African Traditional Religions hold the ideal that God and the Universe are One but generally speaking that can be regarded as a feature of African Traditional religions. Ancient Egyptian is the oldest known fully developed African or Human religion and it indeed holds that tenet.

The myth of Asar was not the most important in terms of value but in terms of proliferation and its widespread usage. Other myths of Ancient Egypt can be regarded as being as equal in terms of mystic wisdom. The Asarian myth is the longest and touched more people than many others.

I would qualify your statement: “Christianity, Islam, and Hinduism have a level of mysticism” by pointing out that as practiced today, orthodox Christianity, Islam and Judaism DO NOT have a mystic level. What happens is that offshoots of these traditions exist separately and that tiny minority does seek to practice those religions in a mystic way. So for Christianity you have the Gnostic Christians, for Islam the Sufis, and for Judaism the Kabbalah.

About the HETEP offering table, it contains a “haunch” or thigh and not a “haunt.”