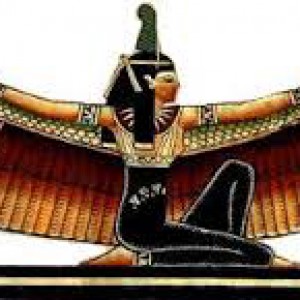 A well thought out and comprehensive assignment post. For the most part It displays good understanding of thee meaning and intent of the teaching as it has been given. I will comment on specific sections to elucidate further and clear up any subtle issues that may remain.

“If the lives of great Sages and Akhus were presented in a way to emphasize the level of effort made and considered indeed as true human heroes, a new consciousness would possibly emerge about the perception of mystical life not as something unattainable but, rather as practices we should live by in order to attain enlightenment with the inspiration of those who have preceded us in accomplishment of that goal.”

Indeed this is the ideal presented by Ancient Egyptian culture and civilization. That culture and its sensibility of what civilization is supposed to be was infused into the mechanisms of society, its institutions. Hence the Temples were the object of veneration and of course its operators, the priests and priestesses were venerated as advancing humans in the ideal of what humanity is supposed to become. This is in contrast to the model of current society, which can be called a culture but not a civilization, as it operates under rules that can only be called oligarchy and barbarism. Nevertheless, in the absence of a high social model, the aspirant needs to find that for themselves. The problem is that many souls have incarnated into the world of time and space into a condition wherein there are more people than there are orderly and ethical venues for them to be socialized especially when sociopaths and psychopaths have taken over the positions of power of education, politics and the economy so as to control, indoctrinate, dumb down and make the population subservient and compliant.

“With the projection in time and space, the individual soul becomes baffled by the perception of duality which is in fact a property of the mind to perceive creation and not a measure of the nature of the soul. That misunderstanding leads to an identity crisis for the soul and the need to embark in a journey to know about its true identity.”

Not only are souls baffled due to the perceptions of duality but adding to this is the predisposition to become deluded by the perceptions caused by the existence of negative aryu in the unconscious. That negative aryu clouds and makes the intellect opaque so as to render it incapable of perceiving otherwise and thus it agrees with the perceptions; that is until sufficient suffering due to the life of worldliness (struggle with Set [egoism]), leads to a certain opening of the heart and that is the dawn of spiritual aspiration [Heru]. So this issue can be looked at as an external and internal psycho-metaphysical problem though ultimately the external world, the perceptions of the external world and the perceptions of the internal world as filtered by the unconscious occlusion of mind caused by aryu [egoistic impressions of the unconscious mind] are all external to the ultimate reality of Being, the Spirit. When the occlusions are removed there is no more patch of blue [soul] but rather there remains a clear sky [Spirit]. The egoistic desires, feelings and delusions [clouds], that were accosting and chocking conscious awareness of all-encompassingness [enlightened awareness] have been blown away.

“With ethics as a central point derived from Maat philosophy, Neterianism provides to the willing aspirant a sure path that will guide him or her to the discovery of the deeper mystery of life.”

“If when that happens, we find a way to stick at least to the minimum time, it is a way to instruct the mind about the importance of this new aspect we are trying to develop. Those little steps are important in developing new ways of living. In the same way, one needs to be cautious for example, after having gained regularity in the practice of meditation, not to relax because it will be more difficult to regain the same level of steadiness. So, it is really important to keep the minimum rather we are advanced or not until enlightenment: we need to always watch our self and not be discouraged in case of falling: patience and perseverance are two important aspects of spiritual development.”

These two statements are key to success. Life has many challenges to the ethical conscience of humans. If they should let go of ethics they are also letting go of reality and truth and we see so many pathological liars in government and businesses that have learned to lie and cheat and make themselves believe they are in the right and it is the fault of others if they allow themselves to become duped. At the same time, if the corrupt are able to steal and or fool others they also make themselves believe they have done something “good” or perhaps even “noble” since the nobility of a thief is based on how big the theft is.

Especially when times are hard for any reason, if the thread of spiritual outlook is maintained that becomes a powerful force which grows stronger. If dropped due to time issues or listening to the ego saying it is not important or that other concerns take precedence, etc. then that personality is falling under the delusion that the illusory Creation is more real and important than the essential nature of Self and Creation which deserves more priority and attention than anything else in life, first.

If these two features of character and spiritual practice are maintained in the life of an aspirant, then the chances of success are magnified with strong likelihood of success in a short time; the timing being dependent on the nature and strength of negative aryu to be overcome and the level of spiritual practice intensity and time applied.