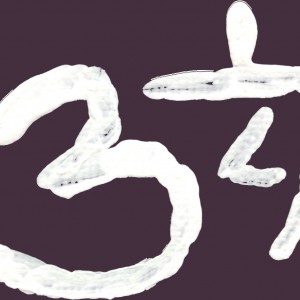 All is Om (Neter)

“It was remarked that since Ra is the cause of Creation it is, in fact, “His fault that He is bitten.” Therefore, the aspirant should not have feelings of guilt or hesitation about sabotaging Ra. It is explained in the scripture that Ra is acting with “aba n ab,” meaning “self-willed”–living as He pleased, according to egoistic desire. Remember in a previous lesson it was determined that Ra is the egoistic expression of the Creator on Earth. The important point here is that Ra represents duality that is an illusion, and the Taffy Shepsy represents that which is beyond duality because, in its one-pointedness, “it has lost duality.””

When we discussed this issue we must distinguish between relative speech and mystic speech in class. Sometimes (actually most of the time) we may discuss things in terms of personalities and objects and events and different actors in those events, etc.; as Aset, Ra, the Neteru, the Taffy Shepsy, etc. are all separate individuals and rightly so for the purpose of working with intellect. However, as advancing aspirants it is necessary to keep in the background that we are talking about apparently separate objects that have all emanated from the same source and are even now sustained by that same source and therefore the separateness is only by appearance and therefore illusory. So if we say the aspirant should not feel “bad” about Ra that is for the benefit of the immature ego that needs explanations. For the advanced, there are no explanations needed, just relentlessness pursuit fo truth and nothing else matters.

“Though it may sound more like a military strategy than a spiritual endeavor, it makes the important point that it takes decisive action to pierce through the illusion of Creation.’

Yea that’s the metaphor chosen by the sages just as in Tantra they use sexual imagery and situations as metaphors, so to this is actually a real war and is depicted as such in terms of the conflict between Heru and Set. So this is a war, a spiritual war between higher self and lower for control of the personality. In regular human wars the victor is the one willing to kill the other though one nation usually does not annihilate the other but just fighting until one gives up. So too Set must give up and there is no “letup” until he “gives up”.

“Now that Aset has Ra where She wants Him,”

When I read this I thought of this line from an old movie (cant remember which) where they said something like: “right, we have them right where they want us.”

My thought was to be sure we think clearly and get Ra where we want him, weakened and feeble and not the other way around, thinking we have him where we want him but in reality we are still fooled by the world of time and space. This is an aspirant acting spiritual and chanting and wearing clothes but also susceptible to egoism, harboring suppressed worldly feelings and desires, susceptible to worldly attacks by others, insults, denigrations, or degrading oneself to gain worldly desires, anger, hatred, greed, etc, etc, etc. This is avoided by staying on the path with proper guidance and working to illumine the mind and cleanse worldly feelings through devotion to the divine and finally through one-pointed movement once the personality (aryu) has been cleansed sufficiently to allow that to be possible.