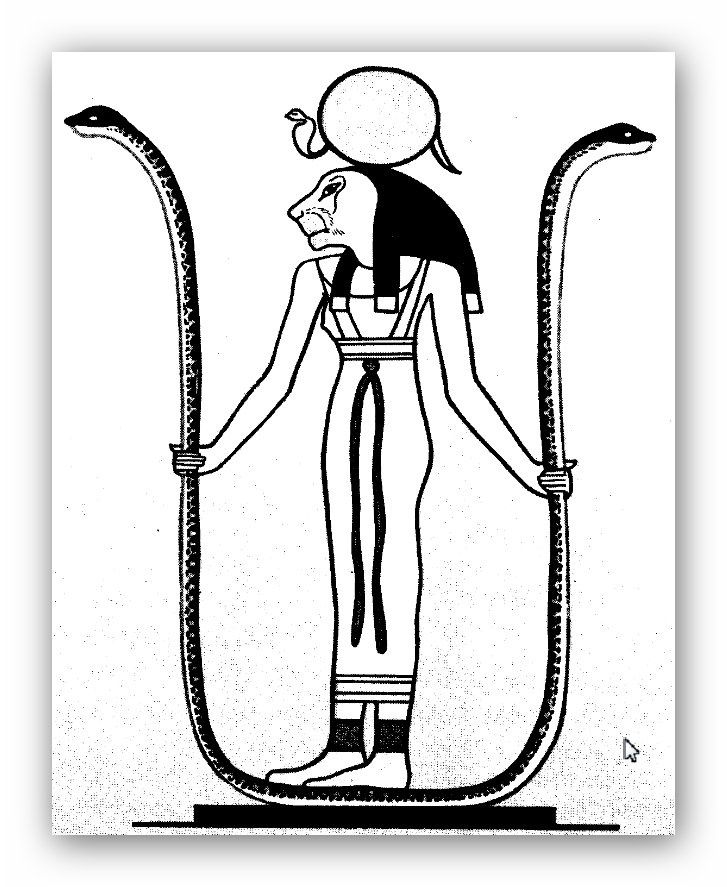 Udja
ABOUT YOUR STATEMENT:
“However well intentioned the Neteru, they were unable to actually do anything for Ra beyond shedding their tears. Only Aset, who was “provisioned with power” could truly heal Ra because it was She who inflicted the poison. It seems this scripture speaks directly to the initiate who is “saard” (well intentioned) in their spiritual growth, yet lack the provisions to achieve the ultimate goal.
I liken it to a tight-rope walker. One does not become a skilled and accomplished tightrope walker by being well intentioned.
If the balancing pole leans too far to the left, the tight-rope walker will fall to the left, if too far to the right they will fall to the right.
Through wisdom and devotion, in the same manner presented by Aset and the tafy shepsy, one can reach the source of Creation.”

“The impious Soul screams: I burn; I am ablaze; I know not what to cry or do; wretched me, I am devoured by all the ills that compass me about; alas, poor me, I neither see nor hear! This is the Soul’s chastisement of itself. For the Mind of the man imposes these on the Soul.”

FEEDBACK:
Indeed a very good analogy. In this context the gods and goddesses that are crying represent the ego and its myriad issues that is crying about so many things that occur in life and don’t go its way, so many sorrows and sufferings of others, so many troubles and calamities and feelings of hurt, resentment, anger, longing, cravings, etc. and yet that crying does not save Ra and it will not save them (egoistic personalities living egoistic lives that lead to the myriad causes of suffering) either. Aset (intuitional realization of our true name) is the only solution to the human predicament.
That same ego is sometimes well-meaning and intentioned but sometimes the world does not care or is insensitive so cannot accept the well-intentioned act. So the ego is hurt; sometimes the ego convinces itself it is well-intentioned in doing something when in reality its action(s) is self-serving and thus based on a delusion.

Following the analogy of the tight rope walker, with a stick for balance that as if has two sides or “wings” for balance but yet is actually one pole, again, it is useful in thinking about the Taffy Shepsy in the context of the dual form of the serpent power which is Aset and Nebethet but as we know the serpent power is really one serpent. So when it is one it is Taffy Shepsy for as we said in the beginning, Aset comes to this place (commencement of this scripture) with khak-ab (dispassion/detachment/through with the illusoriness of Creation) meaning the lower serpent, that relates to and is directed to the world of time and space, is now directed with the other towards spiritual liberation from the delusion of life. Aset and Nebethet, as depicted by the image of Sekhemit holding them in both hands, are actually poles (as in a battery) of one being; they are not two separate goddesses. So the serpent of below (Nebethet) and the serpent of above (Aset) are both united in their quest for what transcends above and below, i.e. the transcendental..