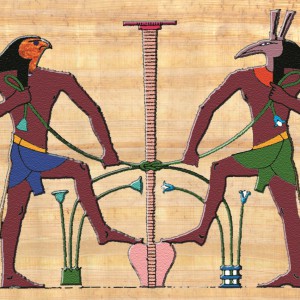 “The Kemetic diet does not suggest abstinence from cultural foods, but suggests that one should eat foods of one’s higher culture: the Spirit. While the general population in Kemet ate meat, those of the higher culture, the priests and priestesses, abstained from meat. Identifying as the higher self gives an aspirant the empowerment to change.“

It is important to clarify that indeed the Kemetic diet does not promote abstaining from cultural foods but even in that context the prohibition of meat stands. For example in Puerto Rico there is a food called “alcapurria” and it is usually made with beef or chicken or fish but it can be made with meatless beef, meatless chicken, etc. and this can help a transition along. However, the food is usually fried so progressing in the Kemetic Diet leads to the realization that fried foods are cancer promoting and inflammatory promoting which are disease promoting. So the transformation away from foods that are unhealthy, even in ethnic food, does need to occur eventually.

“I follow a vegan diet, and am in the process of re-engaging in the Neterian community.”

The spiritual journey is a process that mostly occurs gradually, in stages and sometimes it moves backwards for a time until some certain obstructive aryu is cleared and then there can be renewed forward movement. So this is understandable with the ideal of moving forward even when one may find oneself in the depths of backwardness which is only a temporary setback. As long as there is an authentic commitment to move forward the ultimate outcome will be progressive.