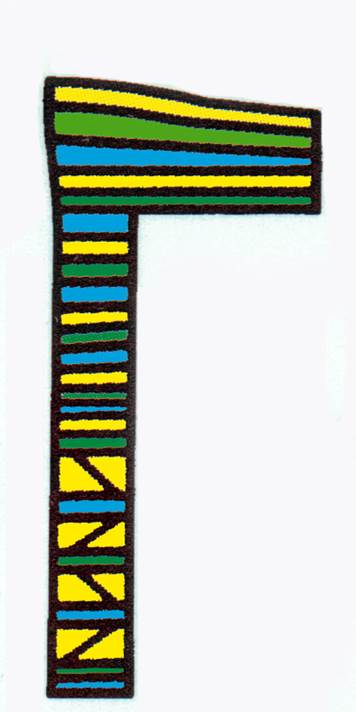 A concise summary.
2 points:
ABOUT THE STATEMENT:
“This is the earliest symbol of religion and shows the origins of religion are in Africa.”

The Ancient Egyptian Sphynx (Herumakhet) is not necessarily the earliest symbol of religion and even if it was it would only be for this present historical instance of human evolution and there have been others. It is, however, the first megalithic monument denoting full and advanced practice of religion in its tree stages as well as incorporating the conception of enlightened mind over animal matter.

ABOUT THE STATEMENT:
“Neter (single divinity) is symbolized by a flag which is place in the coffin.”

The symbol of Neter is not a flag, per se, but the symbol looks like a flag and that is just a descriptive reference based on the two dimensional appearance and not a definition of its nature and meaning. Neter is a depiction of what is placed in the coffin i.e. the spirit wrapped in bandaged. So Neter is what is wrapped and is present in the coffin of time and space. Therefore spirit is being wrapped by Creation and thus is its living essence that like a mummy does not move but yet is essential to that which moves and is animated. Therefore, Neter and Asar are equal and the spirit of humans is also that as well.