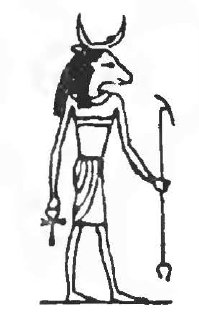 Heru Ka, the god of Saturn

1. The current species of humanity currently living on earth, homo sapiens, has been scientifically traced back to one woman, dubbed, “African Eve” by scientists. So all human beings, all over the earth, alive today originate with that one person. So all human beings are actually Africans despite their beliefs to the contrary and despite their external appearances.
2. Avoid the “rabbit holes” and stories and rumors of Saturn, cubes etc. and stick to the sciences of clear thinking with purified mind and philosophy that illumines the half truths of human history.
3. The influence is little more than a curiosity. Even for those who visit Egypt today it is awesome but not transformative because 1-those people are not there to adopt the teachings of Ancient Egypt but only there as tourists. 2- they would need a qualified teacher and that is also something they do not want as they want to keep the culture, language and beliefs they came from; so it’s a temporary diversion. For those who live around Kemetic iconography, like the Washington Monument, it is an appropriated icon to assume the glory but neither the wisdom or power of Ancient Egyptian spiritual culture. Western culture uses those icons as curiosities and taking on the mantle of ancient civilization as if they have the legacy of that ancient civilization; but modern culture is not civilization, it is an evolution of barbarism so it can neither adopt the legacy or the power of ancient Egypt since the path of modern culture is towards devolution, degradation and self-destruction.