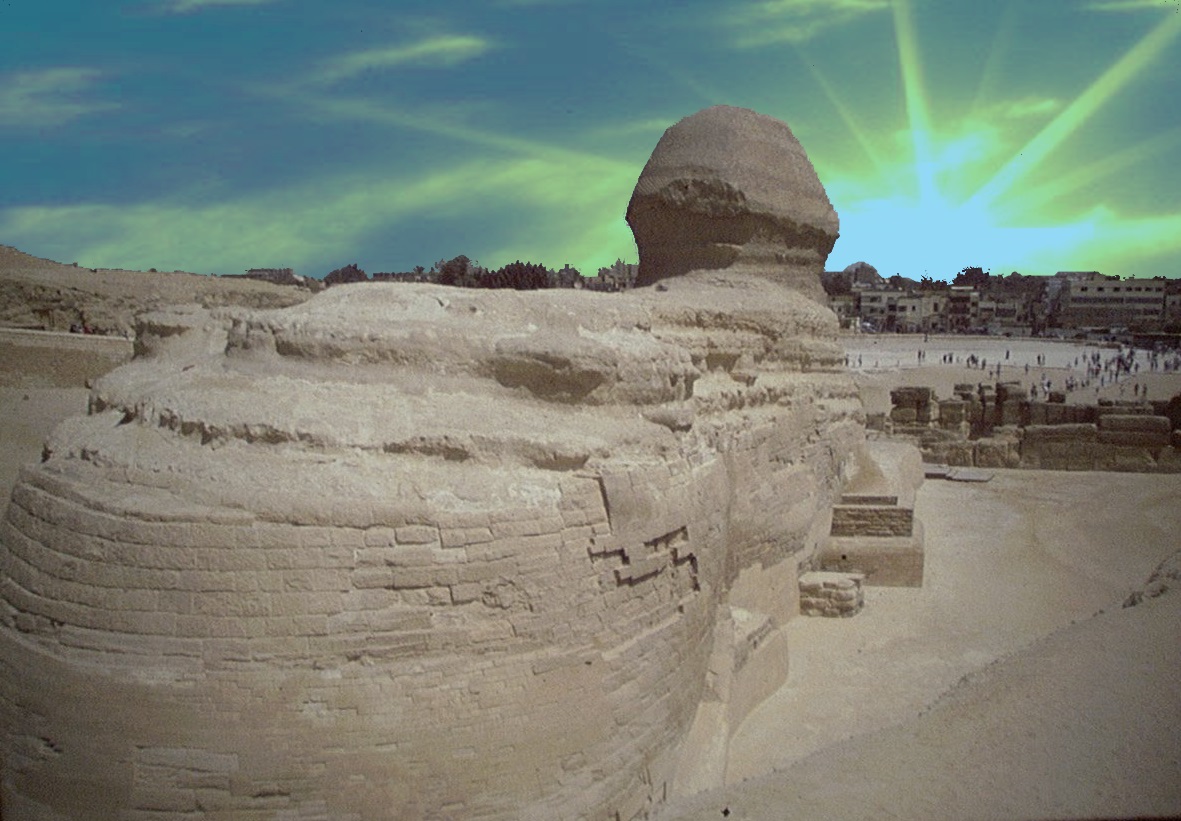 Heru m Akhet looking to the horizon and the dawning sun

Udja
This reply applies to posts: 6799 and 6824.
These have been good renderings of the Kemetic Diet philosophy along with very reflective comments you have posted.
ABOUT YOUR STATEMENT:
“Also in many cases the “balance” aspect of the process, although discussed, becomes reduced partly for the financial benefit of those sharing the health information- to keep people dependent on the limited information about detox, etc. The actual penetration of the illusions of life worth questioning is given less attention, even being ridiculed by people who act as if they studied spirituality and found diet to be the only issue humans have. For example they may question eating meat but when it comes to questioning the ideals of sensuality that underlies much of the vegan movements the information became itself the obstruction because it is grounded in the body and lack of reflection of death and impermanence.”

Much of what you have related in your personal journey with the issue of health and trying to work with others to promote your own, theirs and the health of others relates to your personal quest to find truth in life and the reality is that your world and actions have been a reflection of your own aryu or stored-up perceptions of life mingled with your hopes and needs for fulfilment as you have understood it. What has been just described applies to all people. However, as you are facing this reality in a stark way it seems a very apt opportunity to elucidate on its implications- which will follow with your next statement reviews.

ABOUT YOUR STATEMENT:
I personally find to be so important they are only one step on the path of health and spiritual awakening and when misapplied can lead a person to more bodily identification. When this issue develops people can do and pursue very positive life changes but the movement becomes stagnant, the discussion becomes stagnant, and egoism is bolstered. This is what attracts me to the teaching of food for the body-mind-soul becomes it is line with the authentic spiritual path, provides real direction, and is hard, serious, and annihilates the ego instead of bolstering it or continuing the illusions inherent in human existence. This to me is the benefit of the Kemetic Diet philosophy and its place within the authentic teachings of Kemetic spirituality. From my experience the attachment to something in the world in order to learn or grow and the disillusionment that follows is critical in the process of waking up, although it causes me confusion at the time,”

You are discovering and working through the implications that even among groups that would otherwise appear to be more advanced, or more knowledgeable about an issue, still remain infected by the disease of egoism and its attendant human foibles. You are facing the issues of your own expectations in the face of human imperfection even while striving for truth. That issue is the cause of human downfall both individually and as a collective. For, individuals make up the collective and since the individuals are flawed the collective will also be flawed in whatever efforts are attempted. This having been said, one example of human ethical culture stands out and that is Ancient Egypt. It stood out because it did not allow rule by the ignorant, the willful, the well-meaning but flawed individuals or the strong. It did not organize itself by the folly of capitalism and or the pursuit of worldly happiness or government by so-called “democracy” a system that allows oligarchies to control and rule via wealth and greed while on the surface appearing to be giving rights to all equally. Consider carefully that what you are now calling “disillusionment” is not really that yet but in the process of forming. Right now you ae making sense of your experiences and this is the processing phase. Next you have to live with and integrate the experiences into a new matrix of settled life, mind and feelings to such a degree as to be free of such delusions permanently. Then we can say the disillusionment is secure; otherwise even while growing into dispassion, detachment and disillusionment there can be falling back.

ABOUT YOUR STATEMENT:
“Especially when virtues like humility compassion kindness selfless service and truthfulness become compromised and dogmatic egoistic models of interacting increase or become the norm. This is particulary an issue in modern social media but always has the ability to exist in any group or viewpoint because ideology itself has practical uses but when the ideology is seen as “the only way” it hinders growth and produces dogma which can lead to intellectual and moral decline even in the best of traditions.”

So not only are people not born wise as the proverb states, so too virtues can be compromised for the same reason, because people may be wise in one area of life but fools in others; and those foolish areas compromise the wise areas of the unconscious, thereby spoiling the good works they are trying to do. For example, a well-meaning politician who otherwise does good work (a rare species) but then succumbs to scandal due to uncontrolled lustful desires.
In the case of ideology and the dogmas that arise from it, consider that an ideology is a rhetorical position that is not necessarily married to truth or reality. How many people do we see, fundamentalists Christians or fundamentalist capitalists, for example, who will not change the ideas they espouse no matter how much evidence is presented to show the delusion and error of their “beliefs”? So one who espouses an ideology, even if it seems to be according to truth and or reality, is suspect because belief in an ideology implies surface knowledge and experience and not true insight with personal experience and heartfelt wisdom. Devoid of these the personality can be compromised by personal considerations such as protecting their family, gaining personal wealth and security, the prospect of career advancement; so they may espouse one way in public and live in another or change the tune when it suits their needs. Know any prominent people in media, politics, and corporations or churches are there like that? Maybe you can find one or two– —billion!
The idea is to allow the process you are going through to unfold leading to freedom from having to reject or cling to any of it and become not complacent but indifferent and so busy working in your own truth and expression of it, so as to leave those issues behind -but in time. In the meantime, a little repudiation with a dash of rejection and a pinch of renunciation, along with a smidgen of revulsion never hurt any balanced aspirant and its as healthy as a little bit of fiber with emetics to push through the ukhedu every so often. So, ukhedu of the body just as there is ukhedu in the mind and nervous system. Just remember that you are here to deal with your ukhedu and let people deal with theirs, for they are suffering and living a delusion that ultimately they have to work to be free of and they are doing it in their own way, perhaps stupidly or totally the wrong way, at present, but even that provides lessons. So share with those who can be shared with and for others as the Paul McCartney song went “live and let live, live and let die” and as the harper song goes, life is like a dream and we cannot stay on earth forever. Therefore, the repulsion is not to others but to your own delusions and attachments to ideologies so you can seek to live by truth whatever you may discover that to be. The example of both the wisdom and folly of others is a guide to the aspirant with keen intellect and strong will as to how to guide their own life and not a source to denigrate or disparage others, but rather as opportunities to extend compassion and understanding in feeling or practice (when possible, which elevates the heart of one who extends as well as the one receiving.