A good summary.
I will add a few things to your statement:

“The Supreme Being is all-encompassing, thus the entire universe is the divine. The gods and goddesses symbolize the principles of creation; they are not realities in themselves, or actual personalities. They are a part of and are controlled by God, just as an extended hand is a part of a person’s body. In the mythic teachings, the gods and goddesses also symbolize aspects of ourselves.”

Indeed the gods and goddesses {neteru} are in essence not really personalities but they can be approached as such by people practicing the first level of religion in order to familiarize themselves with them and acclimate to their energies and teachings. Then the more abstract aspects can be grown into as the authentic spiritual practice moves forward. Otherwise the anthropomorphic aspects become hardened and thereby gross orthodox religion ensues.

‘I also appreciated Sebai Maa’s comment that, until an aspirant can altogether stop his or her thoughts during meditation, the iconography is still needed.”

It is important to remember that when we say thoughts stop it is meant that the perception of time and space from an individualistic perspective has ceased. In other words, perception of existence never stops since that is the essence of being, and always existed and always will exist. The issue is the addition of ego differentiation away from the undivided consciousness. If a person were able to cease those egoistic, dualistic perceptions then there is a state of anrutef wherein nothing, that is “no” “things” are perceived. If that state were maintained for a sufficient time then the undivided nature expands to encompass all and that allness is also recognized as both the transcendental self NETER as well as the nature of one’s own true identity–this is called NEHAST or spiritual or great awakening. In this realization also is the discovery that as one with NETER we are controllers of the gods and goddesses and they do not control us except when under the spell [delusion] of egoism. Therefore, the ideal of spirit possession or being controlled by the gods and goddesses or susceptible to spells, etc. is a reverse of the ideal understanding which has been set forth in Neterian wisdom since the time of the Pyramid Texts. 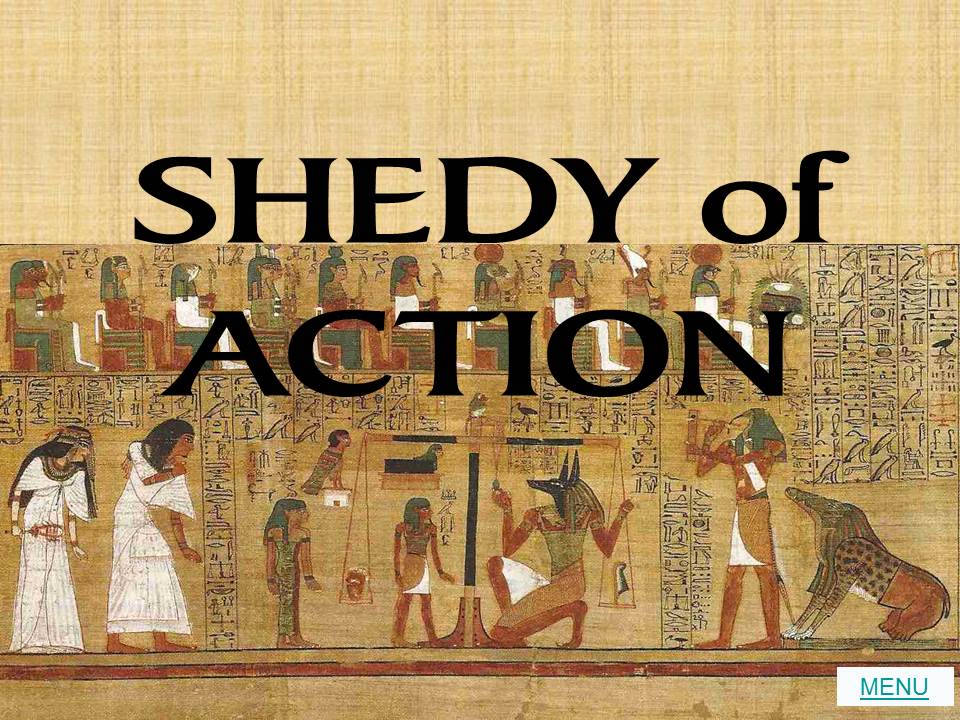 The Judgment in the Hall of Maati