A good summary and good questions

First a few corrections— the correct spellings for the following terms are:

About your statement: B”The most important part of this discussion for me, was how we can connect the dots using. 1. Evidence of Contact 2. Form 3. Function ( Myth) I think this shows strong evidence for text book revisions.”

There are more details about this format of Cultural Anthropology studies in the book “Comparative Mythology” by Dr. Muata Ashby

C Questions
1.What’s the difference between the Kundalini Serpent and the one the cat goddess Sekhmet cuts its head off.

The Arat Sekhem (Kundalini) relates to a harmonization and raising of the dual serpentine life forces that exist in the subtle body so as to raise consciousness.

The image of Sekhemit relates to another aspect of life force, that is used to as if slay the forces of unrighteousness symbolized by the serpent Apep (Apophis)
2.I was looking for information information of TIM (Shiva) the destroyer. Is this apep?

In Neteian mythology the god Ra -Tem or Temu, the completer or ender is the counterpart to the Hindu god Shiva the destroyer. They both end or “destroy” Creation at the appointed time
3.How did Heru have to prove himself to become king?

By defeating the god Set who represents the forces of ego and the lower nature of human consciousness.
4.Could it be true that Homer, Aristotle and even Plato where people of color? Is there strong evidence for this?

It is possible since the ancient Aegean were closely related with North Africans including Libyans and Carthaginians as well as Persians and Babylonians who were also people of color in the ancient world.

5.There are many 5 main traditions of Egyptian religion. How does one choose?

You do not need to worry about this issue at this time. As you learn and grow with the teaching the appropriate tradition to concentrate on will be revealed by your own tendencies and interests as you mature and also you will be assisted by the preceptors as you continue asking questions. 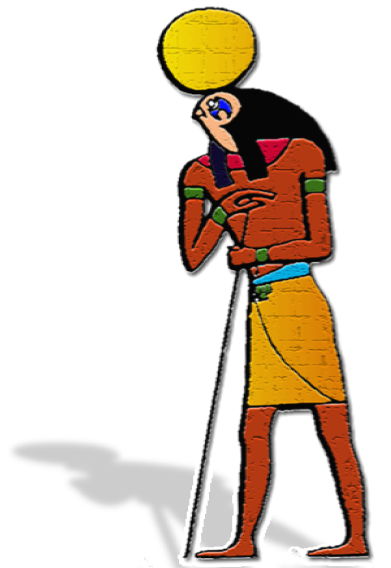 Ra-Tem or Temu the Completer