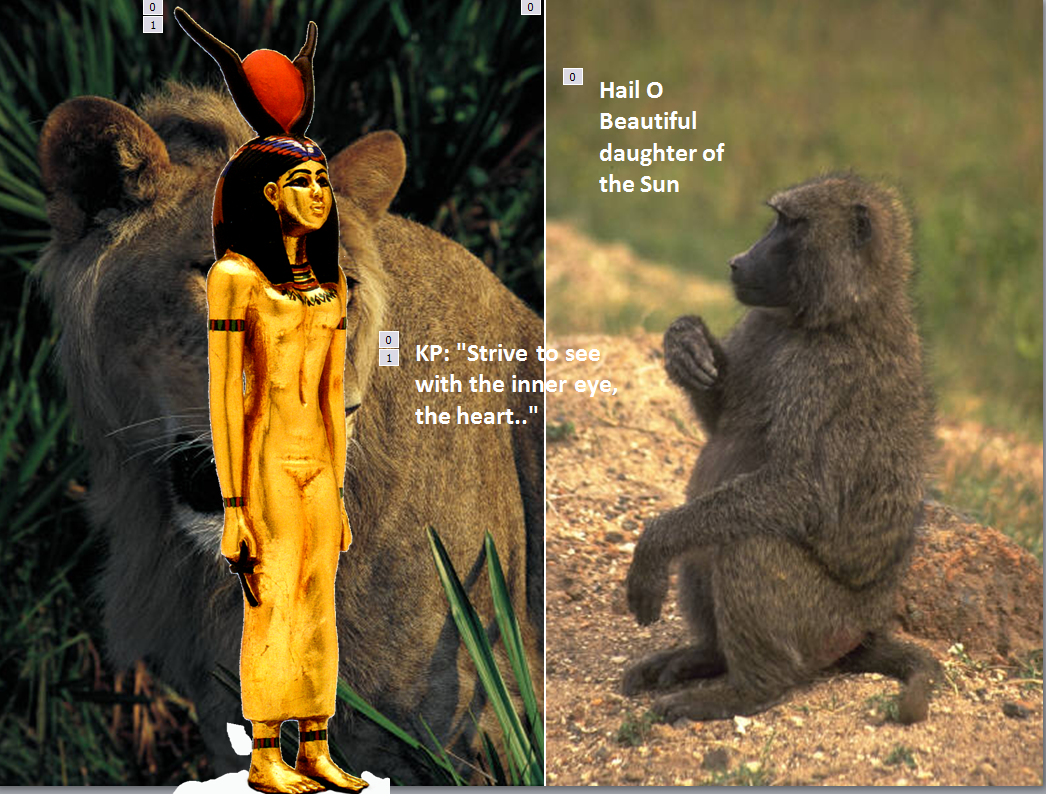 Udja
Avery comprehensive rendition of this lesson.
A few comments and clarifications.
On your statement: “When an action is done the residue (memory engrams) stays in your unconscious mind, which holds the sum total of all actions termed ariyu.”
The concept of memory engrams is used as a method of comparison and discussion but aryu are not memory engrams as conceived by modern science. If this were the case the brain would have to be as big as a planet to hold all the information a person becomes aware of through life, the learning, plus the handling of physiological functions and constant management of the body, etc. And furthermore, consider the proven issue of past life memories! Aryu is a very subtle impression and energy form lodged in the deeper recesses of the subtle bodies and primarily in the heart (mind) and not in the physical brain.

On the statement: “The preceptor, represents the male aspect and gives through speaking (the mouth is the penis that goes into the ear to fertilize the soil of the mind to give birth to spiritual enlightenment)”
As long as we are using the analogy of sexual function as is done in tantrism, we may more accurately view the words themselves as the “penis” entering the “hole” of the ears, that is for those who do not have an ear diaphragm blocking the sperm of words of power from entering into the mind.

“The lips of Wisdom are closed, Except to the ears of Understanding”
-AEP

About your statement: “Worship of the lower beings, Gods and Goddesses will lead you to a higher understanding of Oneness, the ALL, the Supreme Being”.
I think you got the correct understanding because further on you said: “I gathered that the understanding and worship of subtle forms of manifestations of the Divine such as the gods and goddesses can lead one to more subtler manifestation and ultimate experience of the Supreme Being who is formless.”
I just wanted to clarify so that anyone reading this later will have the correct philosophical viewpoint and not get confused. The worship of lower beings leads to the higher IF the wisdom is studied and the practice progresses along the science of divine worship which is stage 1: worship of Ta (earthly neteru), stage 2: worship of Pet or heavenly neteru and stage 3: : worship of Causal (Duat) neteru which is a progressive movement towards the higher, more powerful and subtler divinities leading to the Supreme and all-encompassing essence. If the worship of the lower stays at the lower, believing those lower as being the end, then that is idolatry and orthodoxy, leading to the misguided notions and stagnant or even destructive movements of religions.
About the statement: “In addition, I thought it was profound when Sebai Maa mentioned that no matter how much you know, no matter how much you read etc. without purity of heart nothing is possible, you’re still degraded as any other ignorant personality,”
Indeed, there are many people who meditate and may even reach anrutef state but they carry with them the negative aryu of egoism which makes their spiritual search a stagnant process instead of a breakthrough. There are many I have seen over the years with wonderful and extensive erudition and yet they fall into worldly and destructive relationships, emotional dramas, illnesses and following deeply held worldly ideals since they –deep down- do not really relinquish the idea of the illusoriness of the world of time and space, owing to the fact that they are not able to hold on to what is transcendental so they hang on to what they are able to know. So, erudition is no guarantee of wisdom.
Perhaps this statement: “Facing my own impurities is not easy, but knowing what they are is better than living in denial and delusions.”
…was the most important one in this essay because without this feature of character, there can be no forging ahead with khak-ab. This khemn (ignorance) is self-imposed if a person refuses or is unable to face their ignorance, vices, delusions and that makes the spiritual progress impossible until those issues are resolved. Therefore, this divine grace of honest introspection is an important key to positive spiritual evolution and it is to be nurtured when possible. An avid aspirant learns to take pleasure in finding out how screwed up he is so he can work on it. An avid aspirant studies and practices so she can develop a laser-like focus on the minutest imperfections of the personality and take delight, like Hetheru in jumping on them and breaking their backs and then to make sure they are done, shining the eye of the fire of wisdom to also burn them up utterly!!!

(24) “DO NOT STOP YOUR EARS AGAINST THE WORDS OF RIGHT AND WRONG.”
-AEP