Here are some additional comments on the subjects covered today, of authentic religion, New Age spirituality, televangelists and other flawed leaders that lead people astray, how to discern and seek positive teachings and teacher to follow, the concept of erudition by being able to teach directly from scripture and live a life based on ethical conscience, the incapacity of the masses to change the system of politics and economics due to fear or greed as well as inability to live by truth and uphold maat, the dilemma of human beings who left Africa and became Asiatics, the limitations of the Temple of Shetaut Neter, the dilemma and struggles of the Buddhist monks and of all followers of non-establishment religions, including derivative forms trying to follow Ancient Egyptian religions though some mix in elements from other traditions, . The video is the wisdom section of the December Shedy Meeting. 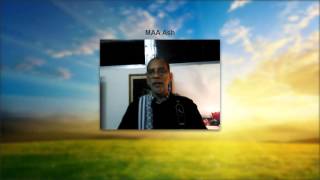