This discussion goes into some areas that would be considered more detailed or advanced aspects of Comparative Religious Studies, which is beyond the scope of this course program. However, for the sake of understanding it is useful to discuss certain aspects of different traditions in an effort to draw comparisons and contrasts in order to have clearer delineations for better understanding of particular religious tenets from different perspectives. This post will not provide a final determination of this issue for that needs to come through the listening, study, reflection and meditation upon this teaching so as to work through many aryu or ideas and thoughts that have been previously assimilated about this issue. So there needs to be time to absorb and work through the issues.

Firstly, in this program we frequently discuss the concept of “authentic religion,” religion as containing: “myth, ritual and mysticism”. What does this term “mysticism” mean? There are several discussions in the forums and some are (#3341) or (#2811)
or https://www.asarucollege.org/important-points/em-level-1-discussion-forum-archive-ending-33115/

The term mysticism has been used in modern society and followers of orthodox religion and in a way that colloquializes the term and circumscribes it within a mundane paradigm of understanding even as degraded as considering a powerful orgasm as a mystical experience! It has become so distorted in its meaning that conversations with dead saints or with Jesus or with Buddha or Ra for that matter, are considered as mystical when those “spiritual” events were not considered in that way previously. Mysticism is not definable with words but some are used to approximate its nature:

Mysticism is-the specific experience of infinite oneness, transcendental communion with all that is and is not (going beyond the idea of existence and non-existence), discovering oneness with God (beyond the name and form), transcending time and space which includes any and all dreams, conversations with gods or saints or angels and also transcending the idea of ego and experience with mind and human senses altogether.

So mysticism is beyond all that and if those experiences still exist then it is not a mystical experience. So it is said “If you see Buddha kill him”. In the Neterian context in the Myth of Aset and Ra this is not only a concept but an action to be taken literally (in the spiritual context) as Aset poisons Ra! 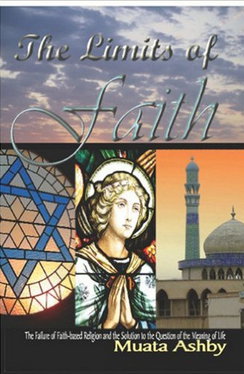 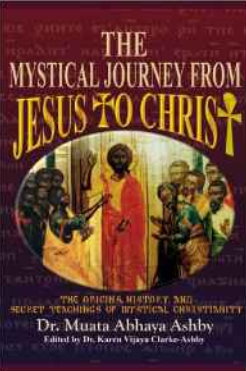 So, indeed, the point being made on the chatmeeting and here now (in a more expanded way) is that this classroom is for advanced spiritual studies which means understanding the degradation of western religions and other lesser developed religious traditions that may have even derived some aspects from Ancient Egyptian religion, or not, but have developed in contrary ways based on ignorance even if it was with good will. However, despite the good will, that ignorance renders them incapable of leading a human being through a complete program of religious experience because they simply do not have the capacity to do so. This theme, among others, was discussed by an author named Muata Ashby in the book “Limits of Faith” which is a kind of followup to “Mystical Journey from Jesus to Christ” which demonstrated the idea that the original Christian ideal that originated in Ancient Egypt (Asarian Resurrection tradition) was to develop a human being from the Jesus level (human, flawed, mortal) to the Christ level (transcendental, immortal, cosmic consciousness, oneness with the Divine and beyond even the concept of oneness).

So, if there is some conversation “WITH” God or praying “TO” God, then there is still remaining ego -the vision of oneself as individual separate from the Divine and conversing with the Divine) which could not happen in a state of “mystical experience” by definition. Conversing with God (prayer, chants, singing, listening to the inner voice, seeing visions of gods and goddesses or saints, etc.) is a stage of lower religious practice that is necessary and positive but still lower; which can also become degraded in an environment of deficient preceptorship. Likewise, a person who has experienced true mysticism and is seated in it cannot, by definition, experience despair, depression, delusion, hatred, lust, jealousy, envy, etc. etc. Those who have successfully tread the mystic path have discovered that the source of delusion is ego and ignorance; in mysticism there is the discovery that there is no ego but only fulfillment in spirit which was lost due to egoism. For an authentic mystic, who are they going to be envious about? themselves? who are they going to be hateful about? themselves? who are they going to be lusting after about? themselves? what are they going to be depressed over about? themselves? Those who have dispelled egoism are one with all Creation and have discovered all fulfillment, immortality and the interconnectedness of life? Without ego there is no separation, no disconnection, no ignorance and no need for religion or conversations with God.

An aspirant should seek the light (truth, justice, ethical conscience, authentic teaching, etc.). This light leads to the highest attainment in life. In the Mystic (a person who has achieved the mystical experience and is seated in it) there is no “darkness of the soul” and they have also transcended “light” as well. Mysticism is the call to and practice of a discipline of life that leads to intuitional wisdom and not faith-based ideas that are not to be proven but only believed in which always leaves the personality bereft, wanting, and susceptible to delusion and finally, in a state of despair. This deluded path, of orthodox or incomplete religion, reinforces and intensifies the suffering of life. This delusion is like a person who can barely swim, constantly thrashing at the surface and creating delusions that this is life and the highest attainment, while never having the courage to dive deep and even attacking those who want to do so or who have dived deep and report back of a greater existence that is possible.

The service or self-sacrifice of any human being is a great benefit to humanity and to the individual doing it for it allows them to work off negative aryu and purify the soul which is a prerequisite for entering into the “mystical experience”. So this is not being debated or dismissed. However, for those who aspire to achieve true mysticism they need to understand what is mysticism and what is not so as not to be deluded into thinking that something lower is what they seek and in so doing pursue a path that leads downwards instead of upwards. 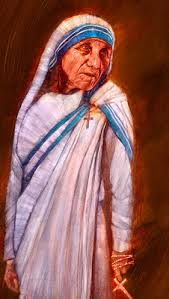 Many people acknowledged Mother Teresa’s years of service and look at the images of her earnest looking face and small frame and meek appearance and want to on that basis ascribe to her a saintly status and have her on a pedestal to look up to. That surface assessment is understandable’ though her own assessments of herself reveal a more truthful image and to her credit open herself and us to a more truthful perspective that is even more valuable if we are willing and able to accept it, understand and move beyond it so as to be free from hers and our own delusions and misconceptions about self-sacrifice, religion and mysticism. So Mother Teresa’s service was a glory to herself and to humanity and to God but that should not be mistaken as a manifestation of mysticism for many people do sacrifice in life for egoistic reasons like, being ignorant and not knowing or having will to follow a better way, feeling guilty or feeling lost in life and seeking ordination as a way to find community and solace, or escape responsibilities and challenges of life. So we should not mistake a life of service and sacrifice in despair and darkness of soul as an ideal the way the Christian church prefers to portray it since it supports the ideal of blind faith (faith-based religion) and the lifestyle of a society always praying and professing faith but sustaining the destructive capitalist culture that is as deluded, degraded and destructive as its patron religion. From the standpoint of Mystic religion that is a lower ideal and a degraded perspective to be avoided for those who are mature enough but reserved for those who need such lifestyles to experience the demands and fulfillment of unresolved aryu. The path of service is a path of life taken that denotes some positive aspects of the personality and a desire or aspiration for the higher self, yet there are other elements remaining that hold the personality back. If the system of religion is flawed or limited the lower outcome will be the likely outcome of such a spiritual path. If the aspirant is flawed or deluded, or degraded or born in a degraded family, country or world the path will tend downward to spiritual ignorance, delusion and frustration. For this reason, though all service to humanity is laudable and necessary, it is said in mystic circles, that the highest service is the service of mystic spiritual teaching; why? because worldly service helps in the present lifetime but may even be misused by corrupt leaders to mitigate for social injustices that should not be and will lead to perpetuation of present suffering and future sufferings after death since it does not dispel the ignorance that led to the suffering to begin with. However, the service of mystic teaching leads to purification of ego and increasing ethical conscience and will-power (spiritual strength) to support the righteous lifestyles that promotes the absolute freedom from present and future sufferings for those who attain its goal.

Therefore, it is incumbent upon all who seek to move forward to do so, as best they can, and when they are ready, to let go of lower pathways by discovering and holding on to higher ones. As the process of purification of mind progresses that assessment changes and improves until they are able to find higher qualities of teaching and spiritual paths to follow that lead them to the place they are qualified to attain.

“The impious Soul screams: I burn; I am ablaze; I know not what to cry or do; wretched me, I am devoured by all the ills that compass me about; alack, poor me, I neither see nor hear! This is the Soul’s chastisement of itself. For the Mind of the man imposes these on the Soul.”