a brief comment on the statement: “This is not easy as the desire for food is strong and related to the first Sefech Ba Ra, practice progressively even if it’s a small change or a teaspoon reduction in over-eating each day. (pg98)” 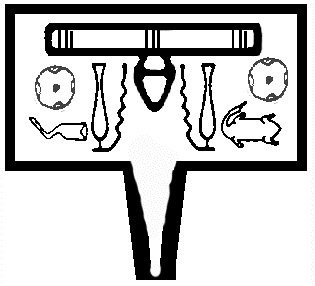 This injunction relates to the idea of incremental and piecemeal change but that alone will not work without an integral inclusion of the other elements of shedy. This among other reasons is why many people fail; due to the continued life being lived according to worldly goals and ideals which do not substitute the negative but rather continue it. The negatives should be substituted with positives such as for example if the goal is to eradicate meat eating then apply wisdom about the dangers of meat but also supply tasty veggie burgers at the same time; while also including an emotional appeal to the harm caused to living creatures. All this as opposed to saying “stop eating meat by eating a little less each week, etc., etc. Where possible any change is positive but to make it sustainable and permanent all the aspects of the personality need to be included so as to transforms the created paradigm (aryu) and habits based on it to a new one.