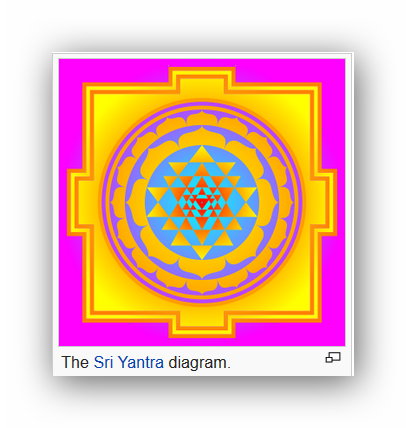 By the definition above, any Ancient Egyptian temple relief containing the hieroglyphs and iconographies of the gods and goddesses as well as the vignettes of the Pert M Heru (Book of Enlightenment) especially those of the Chapter 18 on the mystic Duat, can be considered as a Yantra or mystic diagram possessing occult powers in astrological or magical benefits. Some Ancient Egyptian Tantric images were discussed in the book Egyptian Tantric Yoga-Sacred Sexuality.
Some specific Ancient Egyptian Yantras are pictured below 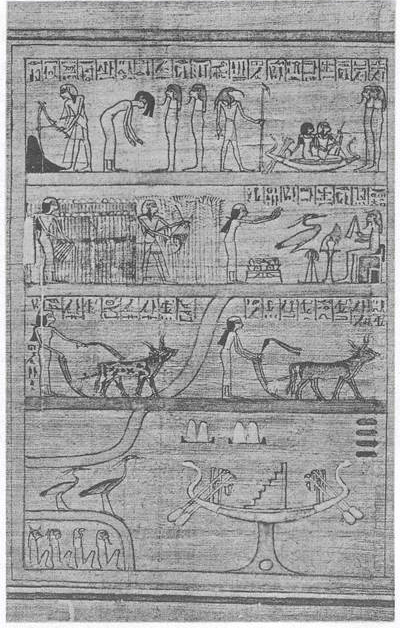 The Duat of Lady Anhai -presents a well defined image repeated in several Pert M Heru Texts relating to the regions of the astral plane and the location of the anrutef region and place of the sages, saints and Asar as well as the enlightened persons (Akhus). Another Ancient Egyptian Yantra is below: A standard image of three neterus representing the juxtaposition and relationship between heaven, earth and ether as well as the tantric sexual nature of their relationship. The positions are always the same and their form is always the same. 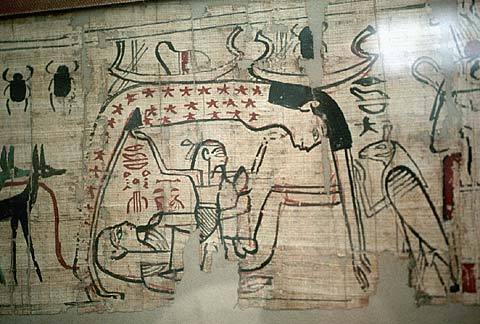 So the concept of Yantra is found in Ancient Egypt. Additionally, the classic new kingdom temple form itself is a mystic yantra relating to the trinity of Creation and the duality and non-duality of existence. Always dual pylons (Akhet) and one central entrance. Always three sections relating to three regions of existence and always in the center of the temple at the highest point of the floor is the holy of hollies. In fact there is scarcely anywhere in Ancient Egyptian mythology, iconography, hieroglyphic orthography, architecture, etc, where we do not find what is referred to in Hinduism and Buddhism today as Yantras. There is much more here but suffice for now… 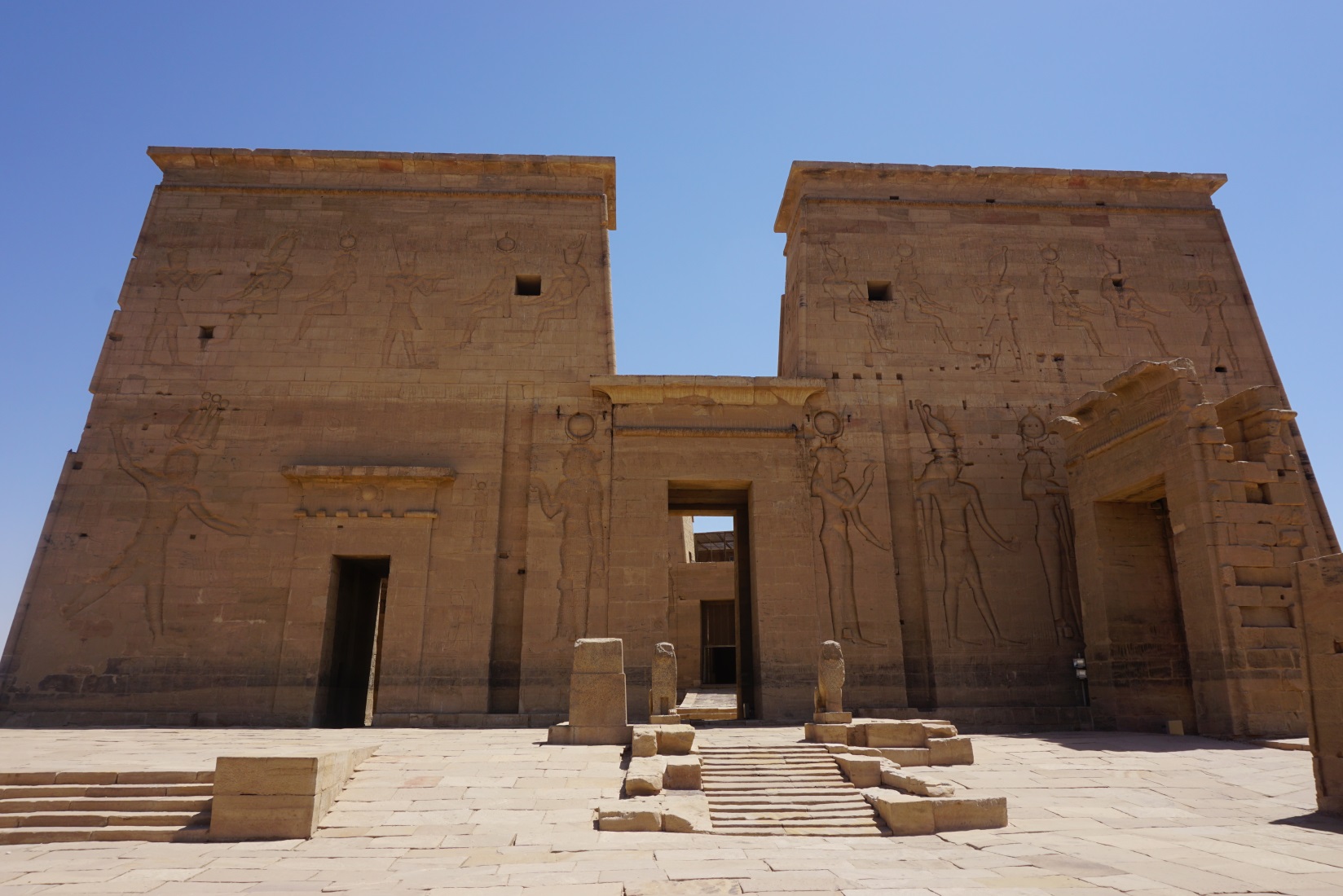 Here is a ancient Egyptian standard image of an ATON Yantra: 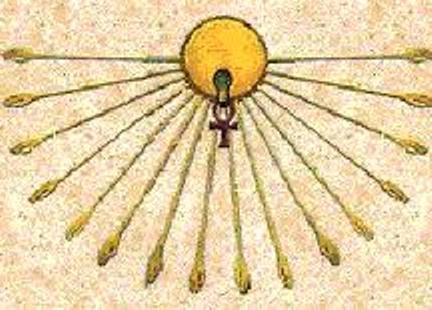 In the case of Amun-Ra-Ptah the yantra is hieroglyphic and can appear in any directions left to right, right to left, top to bottom