This discussion between yourself & S. Maa based on your initial post has several important points which you summarized nicely here.

About the word saa and schezau, S. Maa & I just spoke about it, because in the video, it actually said:”m set saa” in the form of a woman (of) knowledge 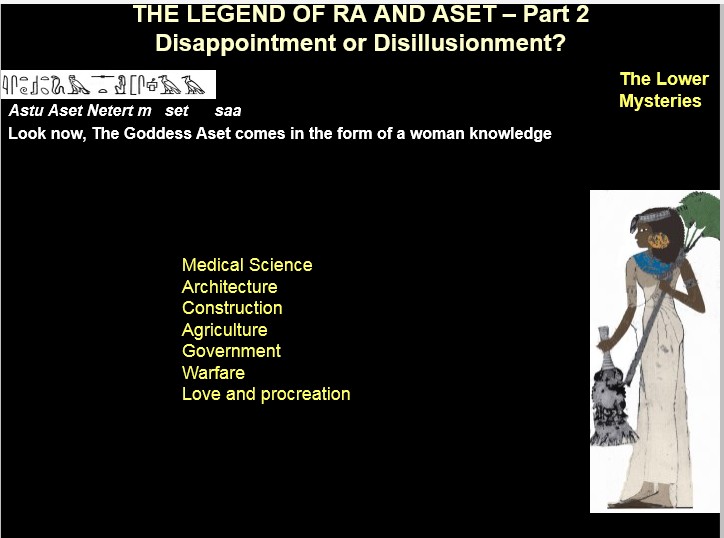 S. Maa looked up the actual scripture and it contained the words “Saa Djedu” (so the next line had the word djedu after saa) which means essentially the same thing that schezau means, understanding of words (e.g., books, study).