This post originated as a response to a question that came in the form of an email from a aspirant who is not part of this program. I thought it appropriate and useful to include it here as this is an advanced mythology study class.

My answers in blue

I am trying to get the correct understanding regarding the relationship between Amun-Ra-Ptah and Khepri-Ra-Tem. In doing some additional research on how they relate I realized that the following things are not clear to me:

Realizing we are talking about mythology and that myth is metaphor and allegory or analogy to understand mythic wisdom and mystical psychology and that there are no firm historical beginning points or end points in mythic exposition since this is a language of the heart and the unconscious mind, there are some relative mythic plot-lines that relate to general time and space periods, time periods of Ancient Egypt, that can be used for discussion sake; but these are not to be seen as hard dates that circumscribe the cosmology of Ancient Egyptian religion. However, these are not to be seen as boundaries or as demarcation points mythologically and consequently also not applicable philosophically. Yet they are used by students of history or novices on the spiritual path as introduction to the mythology and or Theology and for understanding the relative periods of emergence of related ancient Egyptian teachings (theurgies) in ancient times.

So, the cosmology of Ancient Egypt may be understood, in a certain context, as the “big bang” theory of modern physics. In that theory you have all matter of Creation coming into existence at the same time and what becomes of part of that matter occurs at different points in time and space –depending on location and time of development and conglomeration or coagulation of matter in different places at different times. Yet all the matter is composed of the same stuff (coagulated Nun) and different gods and goddesses develop at different points in time and space even though they were all there from the beginning.

It is therefore possible to have sequential developments and also parallel developments, though usually in different locations serving different populations though not in contradiction with each other – hence one theology can emerge before another or at the same time as another and all are recognized as related like a family with grandparents parents, uncles, cousins, etc. Some members of the family become more prominent at different times and even though they seem to be born at different times in history they actually all possess the same soul but carry out the same mission from different perspectives. If we consider the teaching of Quantum Physics that actually there is no time but only eternity (and this is also related in Kemetic wisdom) then all of this is happening at the same time even though to the left brain it seems to be sequential or parallel. In a higher sense actually nothing is happening and nothing has ever happened –but that is a right brain wisdom. So if from a relative standpoint Anunian Theurgy emerged first we can consider that the mythic teaching related to Khepri-Ra-Tem precedes that of the trinities headed by Amun and Ptah. This does not mean that Amun and Ptah did not exist at the same time as Khepri-Ra-Tem. Indeed, the oldest extensive Neterian texts, the Pyramid Texts of the older period, contain mentions of the gods and goddesses who later became prominent. So that is evidence of the earlier existence in a time and space context, for those who need that for a sequential analysis-for the left brain, but again, that is of little importance mythologically or cosmologically, which is for the right brain; and it is the right brain that is related to the left eye and the left eye is the eye of the moon and waxing intellect building to intuitional understanding –that is beyond time and space.

On page 258 in the Tree of Life book in reference to the TOL you wrote, Khepri is genderless, he has male and female…the Nun also, the Ra also, the Heru Ur at the bottom also. I have been looking for images of Khepri depicting androgyny but only came across one that may possibly depict this. Can you tell me if this is the case? Also, Ra being genderless in this context is confusing me as he is depicted as Rat under Aunian Theology. Heru Ur also looks male as oppose to genderless. Have you seen depictions that appear androgynous or genderless of Heru Ur? The same goes for Neberdjer – I thought that I once saw an all-encompassing depiction in which female breast were apparent but can’t fully recall doing so.

The androgynous nature of some divinities, is depicted ichnographically and for others it is not, though it is discussed scripturally and either or both can be used for this understanding; and that is what we find. So for example Ra may be depicted along with Rat for certain reasons of gender balance in a specific context but when emerging from the Nun appears alone and thus we are to understand that Rat is contained in him at that time. Another example is the Creation scripture which states all Creations came out of him alone and others speaking of his hand that received his seed and Creation emerged from that, etc. All of that is mythic speak for androgyny and not to be understood in limited gender terms as related to the narrow concept of human male and female. This is standard mythic language in human mythology worldwide and very prominent in Ancient Egyptian Mythology.

I think this is covered in my comments above. Sometimes the specific teaching requires certain depictions and at others, others so sometimes we are to know about a cosmological non-dual principle and at others we are studying duality. Though all are related and come from the same source and in fact leads back to the same source they may have different starting points for the left brain that are not to be combined except in a prescribed manner. For example, two computer programs are used to calculate two parameters that will be added in the end; but during the calculations processing they are not compared or combined, only at the end when they finish their calculations and their results are compared and combined and the result of that is beyond the two processes. So in Ancient Egyptian mythology we have local neteru, national neteru, cosmic neteru and they have different functions and teachings at different levels and they are all indeed related and indeed aspects of each other and of the one supreme. So particular theurgies are studied individually, even though certain aspects are comparable or equivalent, and their summations are then summed and that summation summed until it leads to the one and then the transcendent, the infinite, etc.

Neberdjer leads to Neter (Neter an Ren-divinity without name, the transcendent)

However, all the aforesaid is for intellect, the attainment is for the soul. So it is important to not get bogged down in an intellectual parsing of mythology since then there is a danger of losing the glory of the mythic wisdom. I used a picture in the KU about this subject recently, which came from a famous movie: 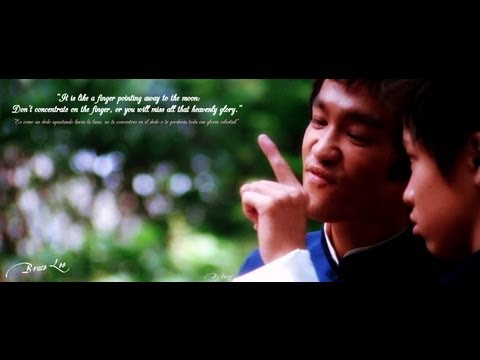 I hope this was helpful