Modern reconstruction of Isis Veiled – based on the description of Plutach

In an expanded sense, when we are upset because of something that has happened in the world, or depressed or jealous or feeling unrequited love or as well when we are feeling joy and bouncing bubbling happiness and enjoying life, these are all the pain of Ra and the experience of that aryu is the consequence of our past aryu, the suffering and Aset is waiting beside us as we toss and turn in our ever unsatisfied bed of illusions we created for ourselves. If Aset (intuitional wisdom) were allowed to come into our lives in all those times then her veil begins to lift and the illusion of Ra (Egoistic vision of Creation) is not only in pain but moribund. Then, though Ra is allowed to live (the world process) goes on, Aset (we who are the human before enlightenment) has received what she needed (rech m ab-knowledge of self) and is no longer khemn (ignorant of knowledge of self). In Chap 125 pf PMH there is a wonderful rendering of the teaching of clothing and nakedness and in the context of the scripture of Goddess Net (see CD Glories of the Divine Mother) where she is asked to take off her clothes so that her true glory may be seen, in then in PMH where the initiate states that upon entry into Anrutf they were bestowed new clothing for the personality, to cover its nakedness; its implications are clear and importance undeniable, that of seeking to unveil the world and stripping naked of the worldly personality, is prerequisite to entering into anrutef and taking on the clothing of divine nature. This is the same thing that happens to Aset upon entering Ra, her worldly personality is stripped and she comes forth anew, as a goddess. 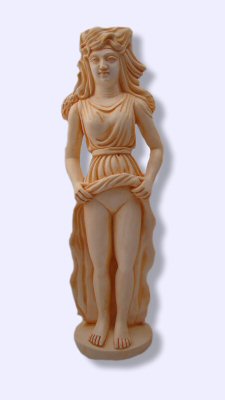