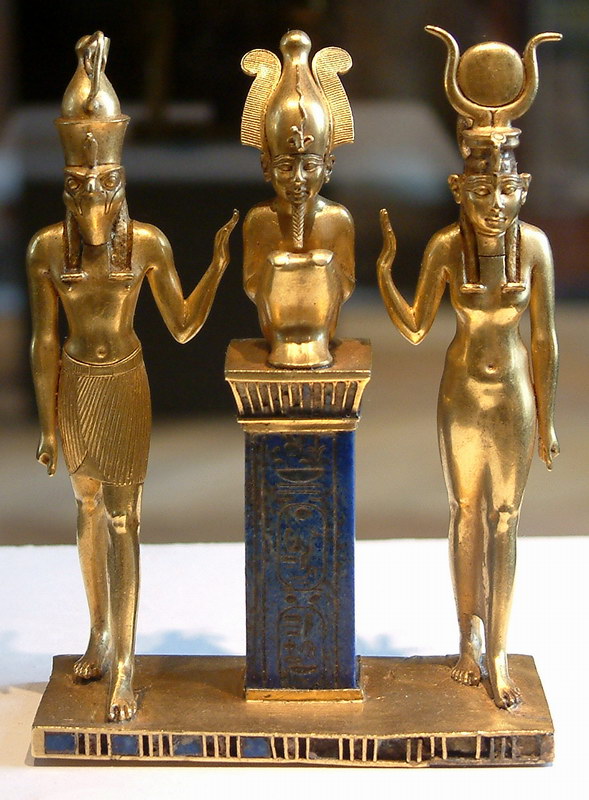 Here is an interesting question coming from one of the study groups not associated with the Teachings of the Temple of Aset Course but I thought it is revealing of some important aspects that will be touched on later.

> Udja Sebai,
>
> One of the aspirants in my study group had a question about the above referenced matter. For ease of reference the scripture reads as follows:
>
> “And having done all this, my son, Asar and myself, perceiving that the world was now quite full, were thereupon demanded back by those who dwell in Heaven but could not go above till we had made appeal unto the Monarch, that surrounding space might with this knowledge of the soul be filled as well, and we ourselves succeeded in making our ascent acceptable to Him…for that God does in hymns rejoice.”
>
> In this portion of the myth Ast is teaching Hru how the Earth received God’s emanation through sending into the world Asr and Ast. Ast explains to Hru how both Asr and Ast who taught people essentially how to be civilized, codified the teachings, taught people how to worship properly, how to grow food, how to bury the dead ect. It is as if Ast is talking about someone other than herself while at the same time talking as if she is describing herself.
>
> Your thoughts on this are appreciated.
>
> Htp

In terms of mythic wisdom, Aset (the sage who wrote this passage) is indeed having a conversation about the nature of the teaching and of Creation and its source and we are the intended Heru audience. Aset is wisdom and the wise who speak that wisdom are also Aset. Aset, that wisdom, is also essentially that same Supreme essence, therefore it is in accord for the wisdom to confer with its self in a literal process. In other words this literary form is an exposition of something that occurs between spirit and cosmic mind which are really one but unintelligible to those who are cognizing through lower mind (time and space mentation) unless expressed in a standardized time and space format such as sequential time based dualistic literature (Medtu Neter). So being that Aset and Asar did their work and infused Creation itself with their wisdom such that it/they can be found throughout Creation, then the active/tutelary essential soul and intuitional mind (Asar and Aset) need not be here as we can see them readily everywhere throughout Creation. For those who are sensitive aspirants the teaching of Asar is evident in the metaphors of mythic neteru (gods and goddesses) -cosmic forces masquerading as objects and energies but who are in reality principles to be worshiped (shetaut Neter), emulated and become. The wisdom of Aset (Rekht) can be seen in the mortality of physical existence, the fleeting nature of prosperity and the incapacity of the world to bring abiding happiness. The world is full with their teaching as they have laid it out for all to see and can be denied but not hidden. Having said that, to reiterate, Asar and Aset left the world of time and space, from a mythic perspective, however they remain in the form of their teaching and they reincarnate in the souls of those who awaken to their teaching about the fallacy of time and space and the path to spiritual emancipation.