Re: Your statement: The only way to rid oneself from the vices, and their consequences, is to transcend them through achieving higher understanding.

Seba Dja’s commentary: The first step in ridding oneself from the vices (grosser forms of egoism) is the practice of Maat…cultivating an ethical and righteous conscience and conduct and practicing righteous action in daily life, and also seeing oneself as the vehicle of the Divine…much like Goddess Hetheru, who was sent out by Ra to establish righteousness in the world (before she forgot her true essence). 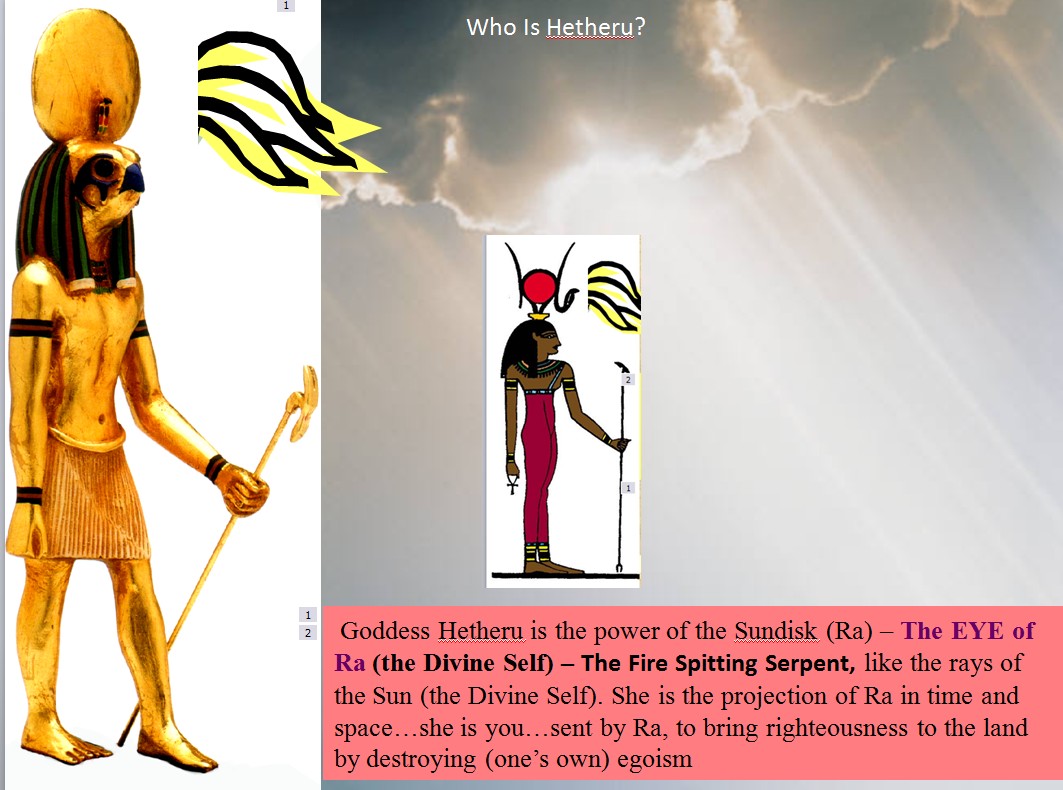 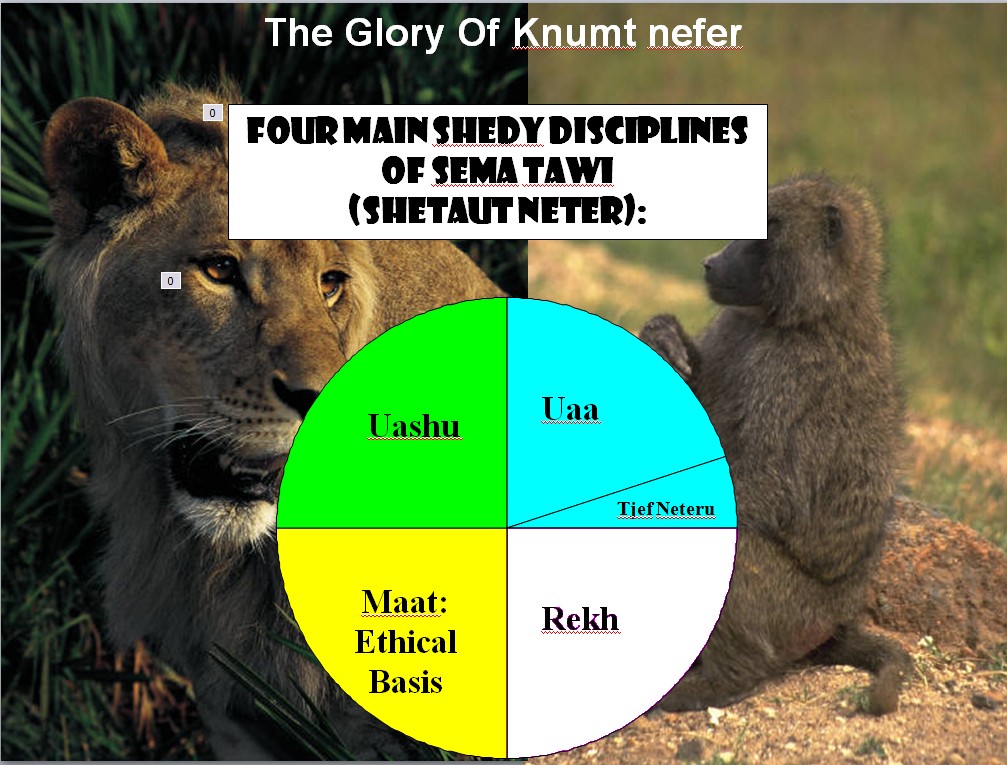 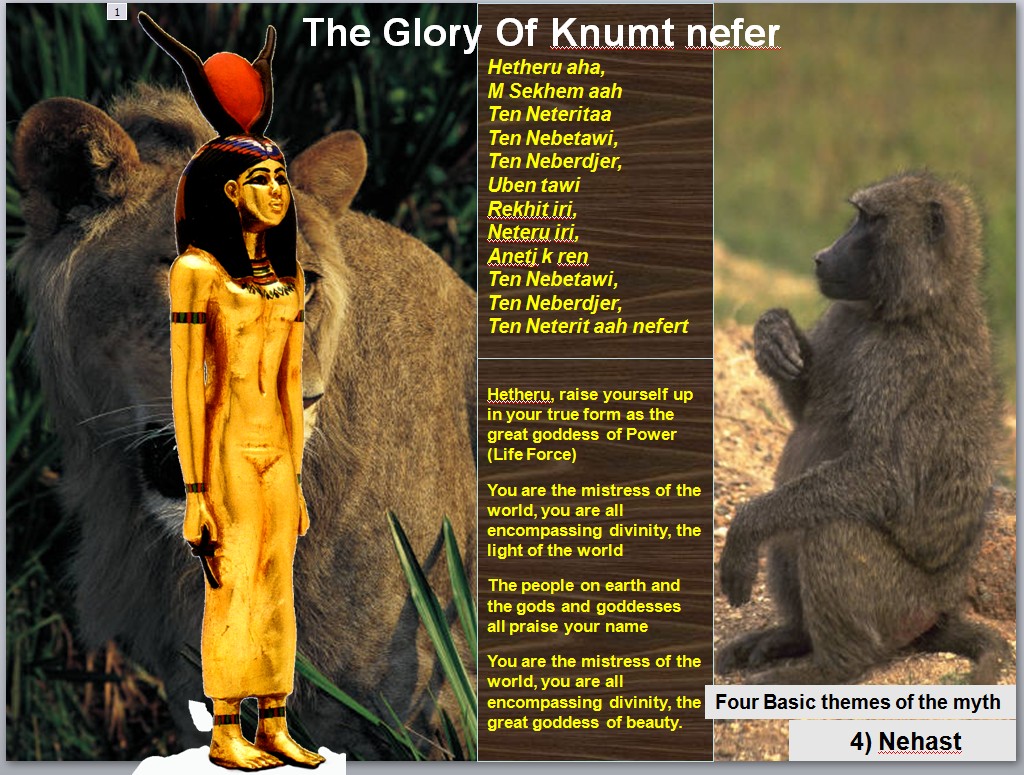 I can’t recall if you were at last year’s conference…when I did the presentation & the play on the movement of the mind & the main 3 states of consciousness, dull, agitated and lucid in spiritual evolution.

This is not absolute…even a dull and very agitated aspirant will have moments of lucidity…but these will be short lived, and unrecognizable as coming from the Self; more likely to be experienced as pleasure (which the general masses call happiness) related to the situation or circumstance (so still egoistic). It’s like living in a run down neighborhood, but driving through a very fixed up high end neighborhood; you don’t live in the higher end neighborhood, but you have brief visits there, and most of your time is spent in the run down neighborhood.

So, the dull and agitated states by their very dullness and agitation do not allow the mind to “transcend” the negativity and agitation. This is where the Shedy disciplines come in. They purify the mind…taking it from dull to agitated and then from agitated to lucid. In the lucid state, now the purified (ego) mind has an opportunity to transcend.

As you can see in the picture below (slide from last’s year’s Neterian Conference power point) Shedy Maat & Tjef Neteru purify the dull mind…leading it to the state of agitation…and if one is practicing Integral Shedy, the practice of Devotion and Meditation will quickly sublimate the agitated energies and facilitate the emergence of the lucid mind with practice of the wisdom teachings.

Of course, with the practice of Integral Sema Tawi/Shedy, which is what we recommend, the movement towards the lucid mind is not a linear development (first purifying only dull, then purifying only agitated, then working only on lucid, etc.), because one is practicing all the Shedy disciplines in daily life. Thus, an aspirant is simultaneous working on dull, agitated and agitated tending to lucid and lucid states at the same time. But also, as one evolves further, one may notice that one’s focus or time spent on the different Shedy disciplines shifts, according to which state of mind is predominating.

Understanding the states of mind and the role of the Shedy disciplines in each state can assist the aspirant to know what area of Shedy he or she needs to focus on more intently for a particular period of time (more Maat Ari, or more Devotion, etc.). 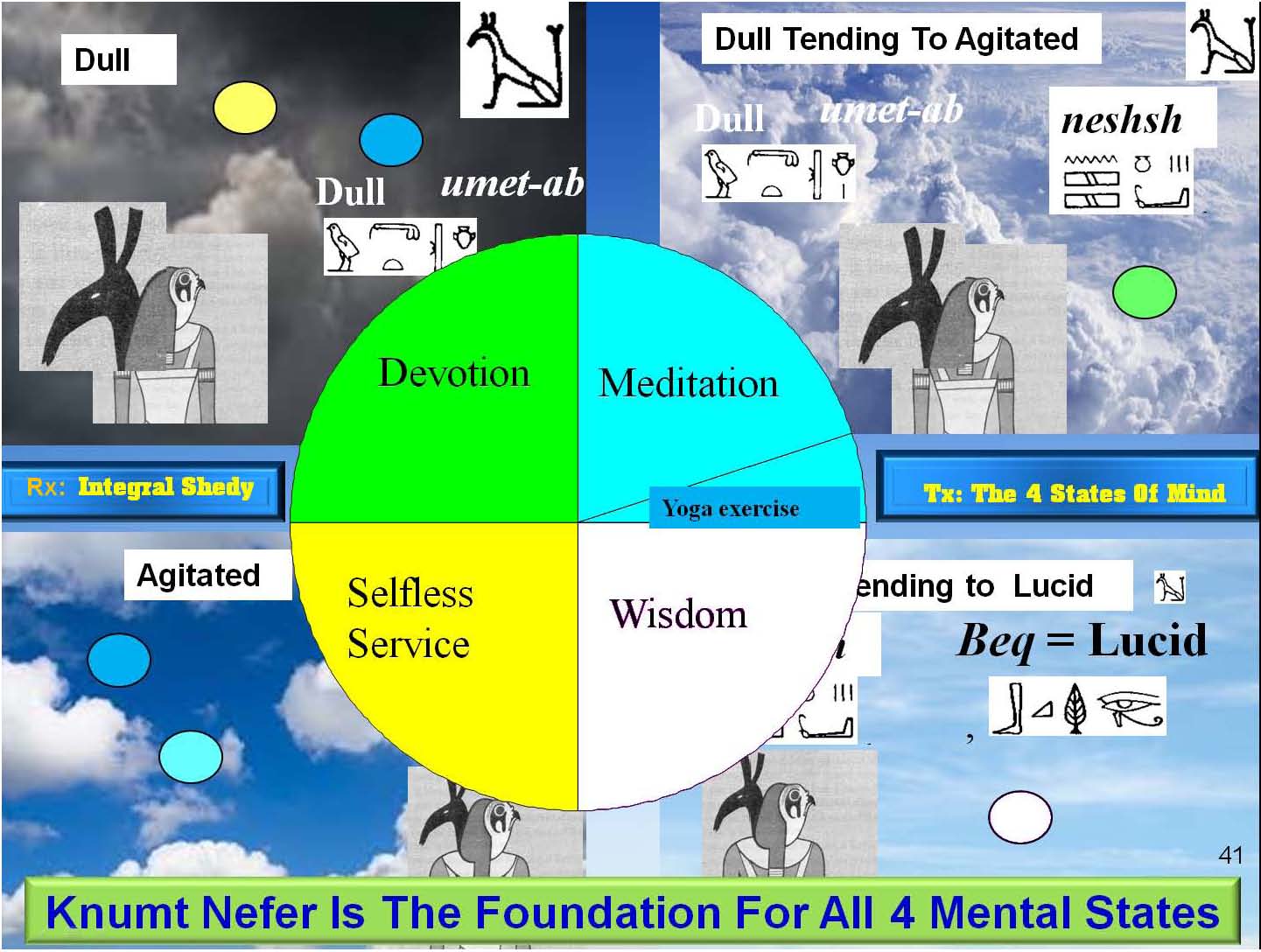 So it is the ground work to “rid oneself from the vices, and their consequences” that is laid down through the practice of the Shedy disciplines. Then the mind is led to a space of lucidity, and from that state of lucidity, the mind now can have the opportunity to transcend itself.

Imagine that there is a glass wall and on one side is you (your ego personality) and the other side is your Higher Self. But you can’t see your Higher Self, which is the Goal, because the glass is full of drawings of dark clouds (dull mind – very gross impurities), and white fluffy clouds (agitation) and then thinned out clouds (lucidity)…much like the types of clouds depicted int the picture above. In that situation, there is no way you can just see your Higher Self (transcend).

You must first engage in “elbow grease”, that is, the hard work of getting a bucket and water and sponge and start to clean the glass. As the dark chalk is removed, you gain more “sight” of the Higher Self. As you continue to scrub the white clouds, you gain even more vision. And the thinned out clouds are not much of an obstructive issue…you can do a bit more cleaning, but at this point, you can gain pretty good sight of the Higher Self (transcending). So sublimation and purification of the vices (cleansing them) then allow the mind to transcend itself.

Does this make sense? So one cannot just transcend the vices…because vices are just merely intense egoism, and to transcend the ego must be purified.

However, in the integral movement, if one is practicing Integral Shedy, one may have some brief experiences of transcendental consciousness, for example through meditation, and those are indeed part of the purification of the ariu. And the practices of Maat & Devotion facilitates this experience.