Incidentally, the weapons used by Heru Behudet [Heru the warrior] in this image are a mace and arrows.

The mace is used for close combat and the bow and arrows are used for pinpoint battle at a distance; in other words, when Set [troubles of the world and personal egoism] comes close and you can see him in your face then smash him on the head and break his bones! You smash with the gross aspects of the teaching, loud drumming, chant, and outward displays of devotion, large posters of the wisdom teachings on your walls, etc. to counteract the gross expressions of egoism and ignorance.

When Set [subtle egoism] is just out of grasp, when the egoism is subtle as in when you have a choice that no one will know about but you know what is right and there is a little nudge within, a fluctuation in ethical conscience] to tell you that it does not matter and its a small thing. Then is when you discharge the arrow of pin point wisdom to strike at that single issue with one pointed thought of wisdom to kill that issue where it lay. The subtlety of high philosophy and the subtle insights gained from advanced mystery studies and metaphysical researches as well as the intuitional wisdom gained through deeper meditation – these are used to shoot at any and all subtle egoistic thoughts and feelings [aryu] emerging from the darkness unconscious mind. The arrows are individual solar rays, the fire of the spitting solar cobra, that burn up unrighteousness and untruth – on contact, as a light, when turned on, destroys darkness in a room. A mind that has been trained in the ways of Maat is like a vast land of light where no iniquity may hide; when the egoistic aryu emerges from the unconscious [Ab] it automatically enters into the domain of light where the sun [Akh-spirit] of the purified mind reigns and that negative aryu is thus rendered ineffective [child of impotent revolt]. This is Neterian spiritual warfare!!! 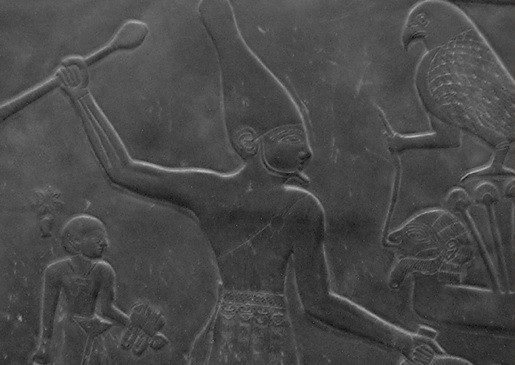 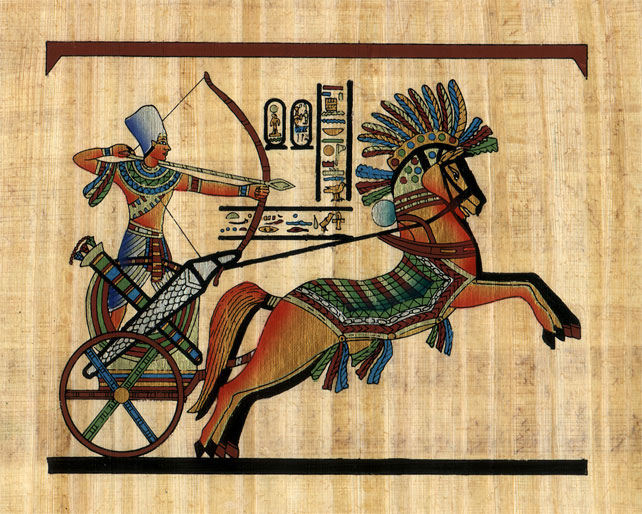 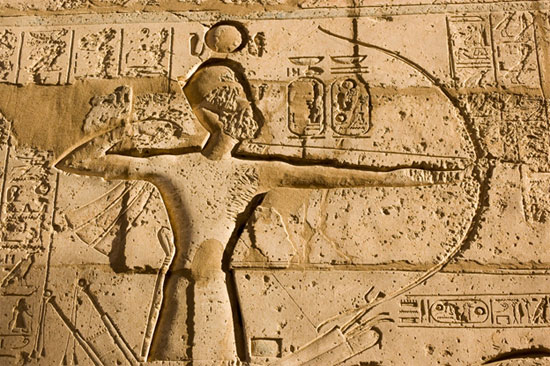 Recalling some ceremonial images at the entrance of temples we saw on our trip in Egypt; they show the Ancient Egyptian Peraah [king-who is a manifestation of Heru on earth] battling the forces of chaos and unrighteousness in order to establish Maat in the land and thus gain worthiness to enter the temple.