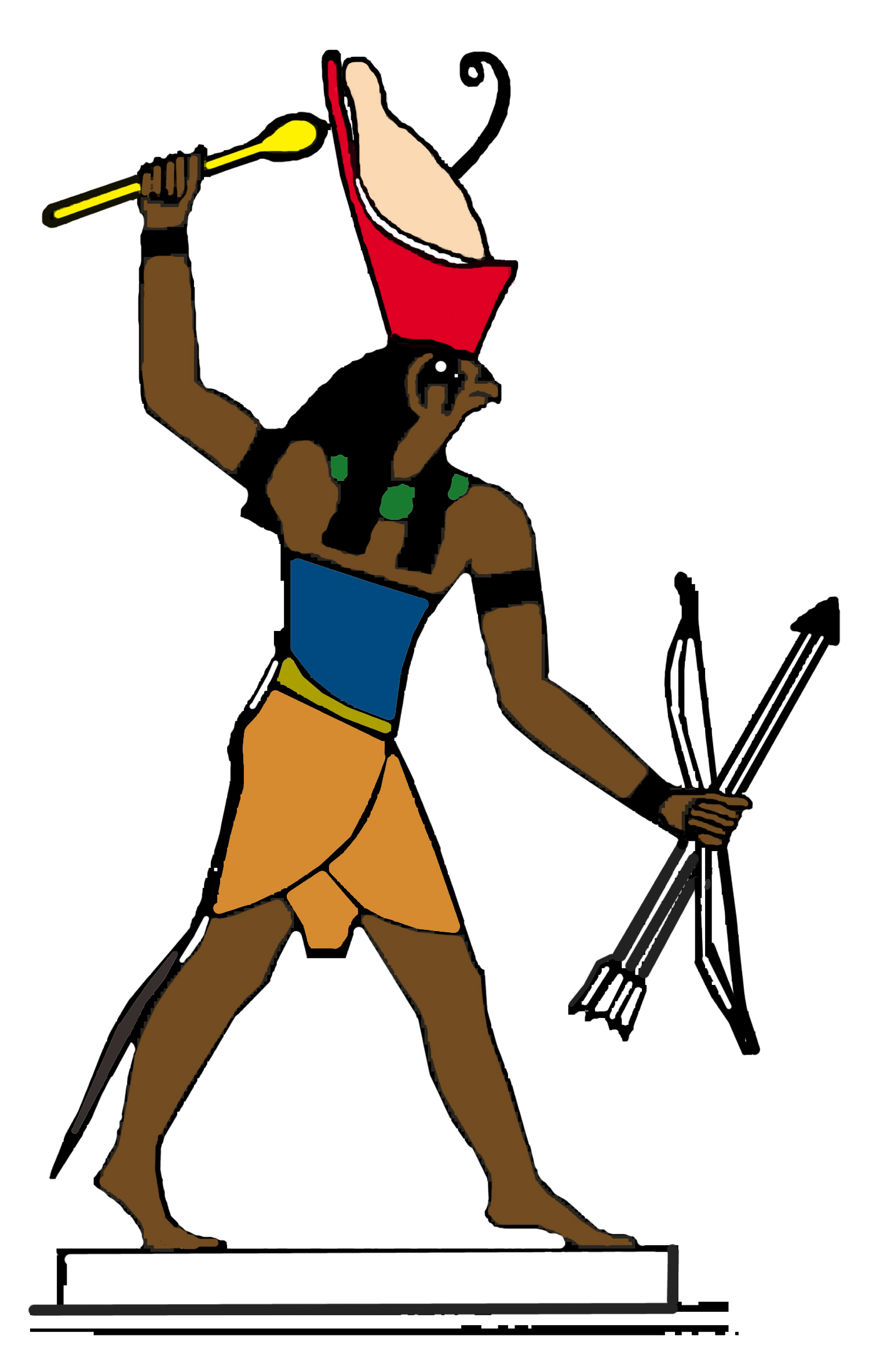 Above: Heru Behudet -the form of Heru as the quintessential example of a “Spiritual Warrior”

“Learn to see clearly, learn to wish for what is just, learn to dare what your conscience dictates, learn to keep your intentions a secret, and if, despite all your efforts, today brings no more than yesterday, do not lose courage, but continue steadfastly, keeping your goal before you with determination. Onward! The SEVEN COMPANIONS of the SOUL-the planetary spirits-guard the secret key which locks the past and opens the future. Let your efforts be aimed at the CROWN of the MASTER.”

These are very good reflections.

On the spiritual journey it is important to discern truth from untruth and as has been explained, in the realm of relativity and generation [time and space] truth is relative; relative to different levels of truth. A child’s truth may be that the moon is made of cheese while the truth of an adult is that it is made of rock. To a physicist it is made of atoms and to a quantum physicist it is made of energy. And to the mystic philosopher, what is it made of?

The mystic seeks out the absolute. The Absolute is that which ends the search for in the end truth is an illusory concept of time and space. In discovering what transcends time and space that transcendental “truth” is discovered and there are no other “truths” beyond. The purpose of the spiritual disciplines is to prepare the personality to engage in that process of growing through successive higher truths to discover the absolute. Faith-based and other orthodox and rigid philosophies, which involve blind-faith, are derived from a personality that has, over lifetimes, devolved to being dominated by ignorance, fear, mental weakness, physical weakness and degraded aryu which occludes the cognitive process into a kind of myopic belief in a static, literal truth. {see the book LIMITS OF FAITH} This negative belief system arrests the process of spiritual evolution and can even work counter-productively by causing the personality and brain itself to atrophy, which can manifest as physical and mental diseases from cancer and Alzheimers to anger, hatred, depression, self-destructive or murderous behaviors, codependences, biases, sociopathy and psychopathy that manifest as individuals as well as whole societies; hence, genocides, slavery, wars, barbarism, etc.

Therefore it behooves an avid aspirant to remain open and growing instead of closed and static, for nothing remains static in time and space except for what is putrefied, dyeing or dead, which does not allow spiritual practice or evolution.

Thus, indeed it is necessary to use the teaching and make any adjustments that might suit the personality to discover the higher self but not those that facilitate egoism, lethargy, self-serving philosophies and egoistic desires.

The disciplines, when approached correctly and with proper guidance and understanding, gradually lead to purity, emotional health, mental clarity, compassion for self and others, spiritual strength, strength of character and will as well as valor to be able to effectively face the challenges of the world [Set]; so all aspirants are admonished to move forward, courageously, toward that which troubles them, towards that which is annoying and face it with the composure of the teaching, as Heru did with the teaching of his mother and father; and to expect the reward that Heru got for his efforts even after his initial failures and missteps.