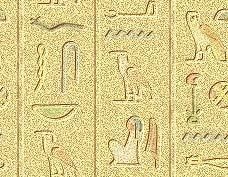 Over many years I have had the experience of people calling from all over the world but mostly the USA. From people who follow other spiritual traditions such as Yoruba, other Kemetic traditions, Moors, Christian Gnostics, Hindus, Sufi’s, Sikhs and others. They called for information; Information about what? Info about spiritual matters and often relating directly to the traditions they were following. So we may ask why do they call the teacher of a tradition other than their own for info about the tradition that they are following? The reason is that they have questions and are trying to gain certain understandings that their own tradition cannot provide, that the teachers of those traditions are ill-prepared to handle, because they do not have those capacities in their respective traditions. Additionally, their traditions, especially the African Traditional religions and other native traditions have been so damaged by western imperialism that their griots and shamans no longer have the complete understanding (if they had it to begin with) and making the situation worse, they do not have written scriptures to be able to piece their teaching back together. So they were devolved to Myth and Ritual only and no Metaphysics and Mysticism. They were relegated to reconstructing based on conjecture or speculation or adopting other degradations based on other dominant cultures or western values. An example of that was presented in a documentary showing how distilled liquor and refined sugar were adopted and added into some African religious practices. These items have only existed for the last 2-300 years so these are new developments and significant psychological and physiological corruptions that have been adopted by people who were ignorant about their traditions and piecing their tradition with ill-informed and or illiterate notions. Medtu Neter was the primary key allowing reconstructing of the Neterian teaching and that along with personal experience of the results of following the teaching are the reasons why I am confident about its authenticity and benefits.