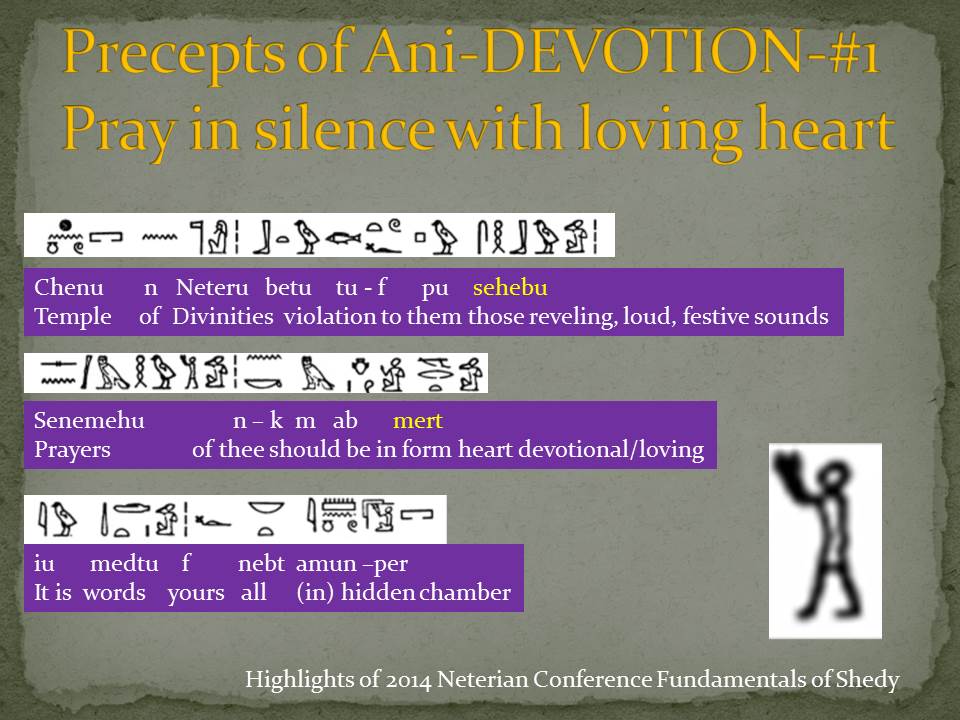 Indeed, the injunctions about loud forms of worship is specifically handled in the Pert M Heru text and the reasons are many; primary is the issue that boisterousness and excitement in spiritual practice stimulates the physical nature of the personality instead of calming it so it will subside and allow a higher subtler reality to appear. True sages are not offended by anything since doing so would mean being offended by an illusion. Therefore, the admonition to aspirants is for their own sake since they can develop the notions based on worldly forms of relating and relationships, that once they have disrespected a person that person will resent them so they cannot speak to the person or they should feel bad when approaching that person. Those bad feelings (Negative aryu) are originated in the person’s own ego and that ego wants to prevent or stop the approach to the spiritual personality and thereby thwart the spiritual movement and remain in an egoistic state of life-Set, the ego- has defeated Heru in this instance! The sages forgive all but cannot teach all but those who are ready meaning balanced, sane and desirous of attaining higher consciousness (have attained maturity in terms of human existence) and now are ready to go beyond the ordinary human existence.