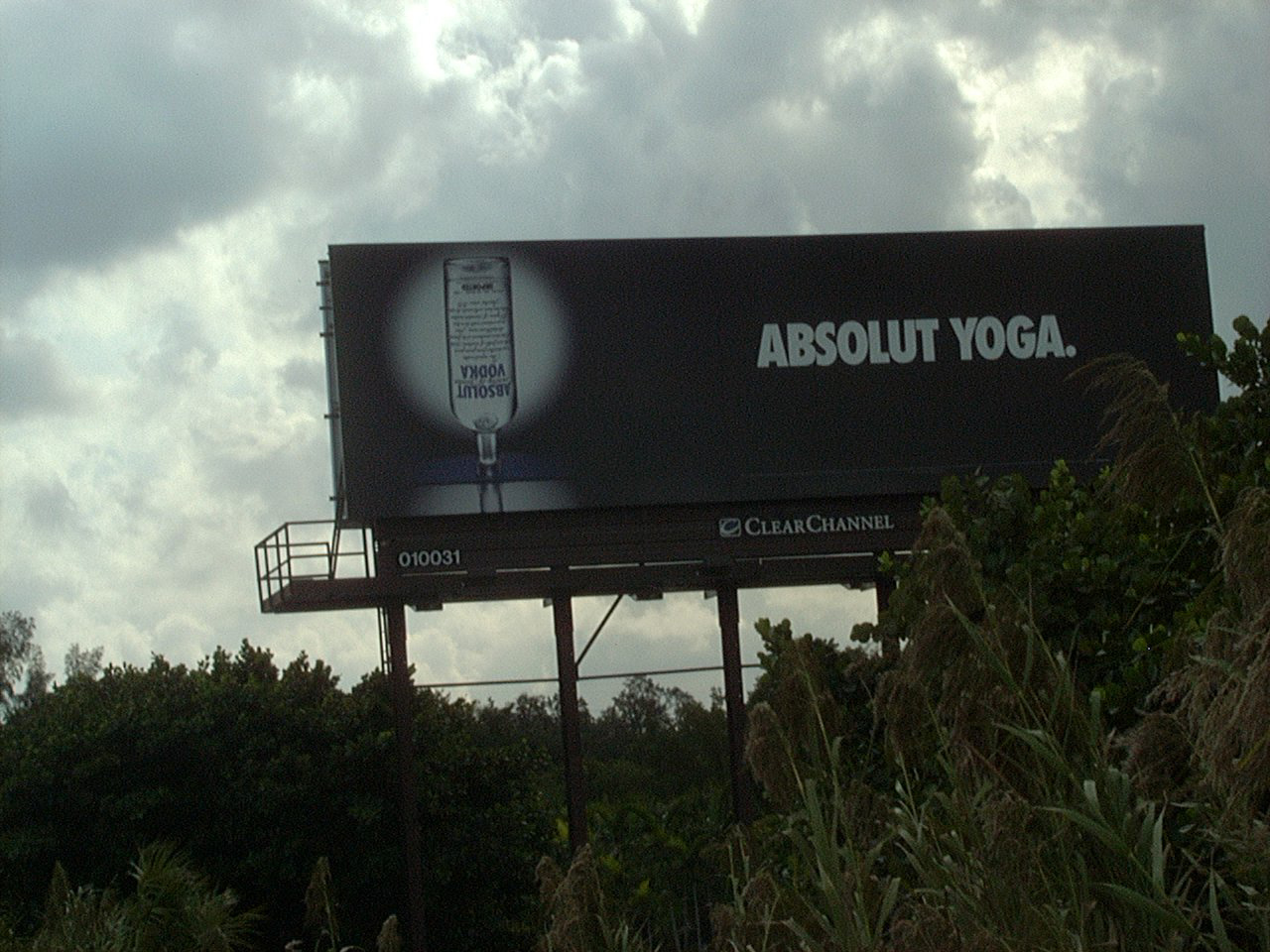 “There is no happiness for the soul in the external worlds since these are perishable, true happiness lies in that which is eternal, within us.”

Udja
This is a very important point brought up here. What is happiness and where is it to be found?
Sba Dja and I saw this billboard advert along a Florida Hwy years ago and it typifies the cooptation of an Ancient Egyptian/Indian concept of sema/yoga [the attainment of higher consciousness and abiding fulfillment/happiness] and turns it on its head and makes people feel ok with the opposite of the definition of the word; and people get the joke as well as the dig of what the ad man (Mad man) said and accept that as they swallow to their ill-health; for such is seemingly nectar that dulls the senses and drowns the sorrows but leads to greater sorrows later on.
Nothing in time and space can bring happiness because it is not abiding; only what is abiding can allow true happiness to emerge from the heart – everything else is a temporary distraction.
Once this is firmly understood by an aspirant then they have achieved the teaching of khak-ab instituted by Goddess Aset and they may now seek after what is truly joyous, that which provides untainted abiding awet ab (expansion of heard-happiness).
HTP