Lesson 8:
Question for reflection:
What teachings did you learn in this lesson do you need to reflect on more or start to apply or work more diligently on implementing on your personality mentally, emotionally, metaphysically, or otherwise to emulate human Lady Aset on her path?

At this moment, I am seeing that after studying lesson 8, one will have two powers: the knowledge and wisdom of words of power to break down illusion. And also, the way to learn the name of Ra which will also break down illusion . It appears to me that knowing the words of power might be easier than knowing the name of Ra. Are they connected in some way? But this chapter contains two ways of breaking down the illusion, the delusion: one for time and space, and the other is transcendental knowledge. 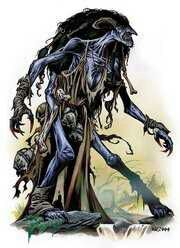 I am going to study more about the singing at the right frequency to break down illusion. This is an aspect of my music Shedy that I enjoy the most. In the past, this was accomplished by sharing great truths or sacred texts through the music. But learning HOW to sing to be able to do this, and of course, learning the words of power that can do this, would be considered part of my Life’s Work and the second most important ambition, goal or purpose, second only to Nehast. Writing and sharing music that can lead us to Nehast: writing songs and music that can shatter the illusion seem to be of great significance and importance, and of course, being able to sing them in the proper way to accomplish this goal will give me something to work on for eternity. Much gratitude. I feel that if Lady Aset had been a musician, her taffy shepsy would have been a song. And so, that is what I will set out to do: write music that is taffy shepsy.

I would like to know more about poisoning the illusion or ideas or anything that no longer serve in such a way that they can never trick me into believing them again, or trigger me in a negative way that generates a negative response and more negative aryu and entanglements, ever again.

Nafu n ankh: the Breath of Life is contained in Sacred Words of Power. This is something that I can study for eternity. Breathing techniques accompanied by various chants and songs at particular tones, vibrations, frequencies and pitches, cadences, speeds, and variations.

I remember when we were in Kemet 2017 and the subject of priests and priestesses being slaves to Neberdjer came up. I was challenged to write a song about the life of priests and priestesses. I am still working on it, but now will have to explore this subject of being not just a servant to the divine, but a slave of the divine as well. I feel like a slave to the Divine because my life has been rearranged in such a way that all activities are striving to be Maat Ari, Music Shedy has become my way of life. I feel like a slave sometimes when there are many opportunities for khnumn nefer, and yet, I have other temple obligations, like these assignments, preparing for concert, studying TNSP lessons, Amenhotep, and Reshert Sherety, and I must make choices. I learned that the one practical way for me to keep up is by way of multi-tasking, so that even mundane activities are immersed with the teachings. I feel like a slave because I want to do all of these things, and sometimes, I miss out on sleeping! However, I cannot imagine another way of living at this time, other than throwing myself into the environmental movement, but have learned recently that even that is controlled by the fossil fuel industry, so that desire has been extinguished…I feel like a slave to the teachings because I would study all day and write songs about the teachings all night, and sometimes this happens, completely throwing off my practical plans! LOL!! I suppose when this happens, the illusion of practical reality is shattered…  As stated earlier,

All gods and goddesses are his servants. Priests and priestesses are also servants, hem, hemu, hemut all mean servant/slave, seer, majesty.
“It is majestic to serve and be a slave of the divine which allows you to have divine vision.”

It is a form of slavery that is comforting, stabilizing, produces order, satisfying, peaceful, free from ignorance, provides structure, purifies aryu, cleanses the soul. It is am form of slavery with constant guidance, compassion, and divine companionship that is found only within.

I would like to explore this more: Rising up in defiance of the illusion is a hallmark of an avid and advancing aspirant.

These are things that I would like to now more about. However, once an aspirant has this knowledge, learned them, practiced and even mastered them, then transition into a god or goddess, higher being, or cosmic force, would the aspirant then Khak Ab them, as did lady Aset, or, Uashu them, and keep them as tools to be used when necessary? Or unceasingly utilizing them in order to be consistently and consciously living to break down illusion.